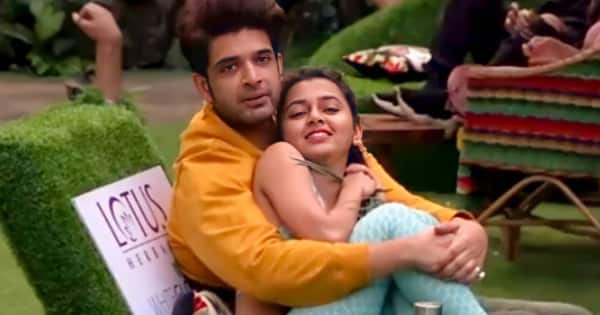 In an interview to Pinkvilla, Tejasswi Prakash said that all marriage related questions should be diverted to Karan Kundrra. The actress told Pinkvilla that these queries should be posed to him, as the astrologer talk started with him in the first place. She said she was unaware as she was busy working, and so was he. Tejasswi Prakash said it was better that he dealt with all the questions. She said that Karan Kundrra had not formally proposed to her for marriage and she would not comment on it. She told Pinkvilla, “I have been completely putting it on him. He has not proposed and do not expect me to say anything. So just talk to him.” Also Read – Naagin 6: Tejassswi Prakash reveals Karan Kundrra is the INSECURE one in their relationship; has barred her from kissing on screen [Exclusive]

When Karan Kundrra was inside the house, rumours of his wedding with Yogita Bihani started doing the rounds. His friends and family told people not to spread false rumours and drag one innocent girl’s name in the matter. In the past, Karan Kundrra was in a relationship with Anusha Dandekar that lasted for three to four years. Even Tejasswi Prakash was linked to Krish but later her family clarified that he was her cousin. Also Read – Nia Sharma’s latest black and white clicks ooze sensuality – view pics