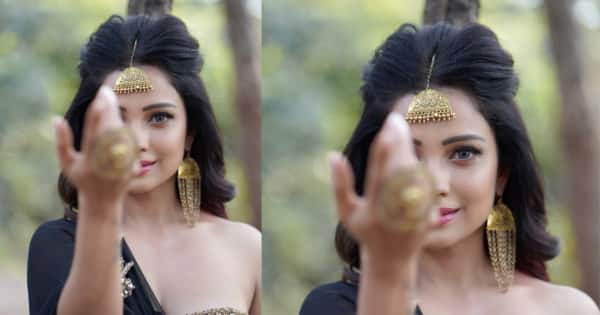 Adaa Khan who has been a part of all seasons of Naagin until now will return for Naagin 6 as well. The actress herself confirmed her return with a beautiful picture post. Ekta Kapoor‘s Naagin 6 is one of the most talked-about TV shows of recent times. And there have been a lot of speculations on who will be the new Naagin this season. Well, Adaa has confirmed her return, so, she is one of the cast members has been confirmed. Whether Adaa will have a meaty role or a cameo, like the previous three seasons remains to be seen. However, seeing her back as Naagin is sure a delight. Also Read – Bigg Boss 15, Day 118 Live Updates: Tejasswi Prakash, Karan Kundrra and other contestants turn emotional reliving their journey

“Aa rahi hai woh ek baar fir… #Naagin6 @ektarkapoor @ColorsTV #basantpanchami,” Adaa Khan tweeted out with a glimpse of her look as Naagin. Shesha has always been one of the stylish Naagins ever. And Adaa is bringing back the style in Naagin 6 yet again. She looks gorgeous as ever. Check out the picture here: Also Read – Bigg Boss 15 Winner: Fans want THIS contestant to lift the trophy – check poll result

If we look at the hashtag, Adaa has mentioned Basant Panchami as well. It may be a hint that Naagin 6 will premiere its first episode on Basant Panchami. It falls on 5th February. Also Read – Bigg Boss 15: Karanvir Bohra lauds Tejasswi Prakash for apologising to Shamita Shetty; says, ‘Everyone is not doodh ka dhulla’

Coming back to the cast of Naagin 6, it is being reported that Tejasswi Prakash is the new face of the Naagin. It is being said that Tejasswi has given her nod to the show already. The makers haven’t revealed the name and face of the Naagin yet. However, speculations are rife. Sudha Chandran will make her return to the series as per the reports. Urvashi Dholakia is also said to be a part of the Naagin 6 cast. It is said that Simba Nagpal is the male lead of Naagin 6. However, nothing has been confirmed. Bigg Boss 15’s Ieshaan Sehgal is also said to be one of the cast members. It is said that Shaheer Sheikh will be making a cameo in Naagin 6.