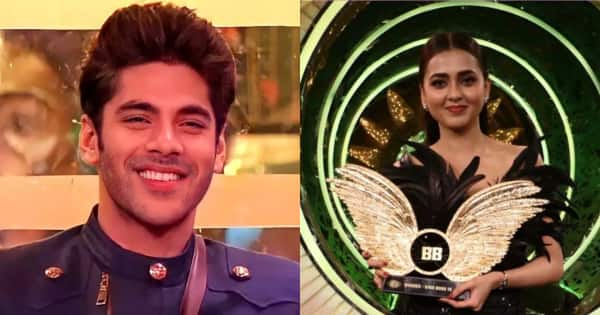 Bigg Boss 15 came to an end recently and Tejasswi Prakash lifted the trophy. It was during the finale that the announcement of Naagin 6 came in! Tejasswi is going to be the lead serpent in the next instalment of Ekta Kapoor‘s supernatural show. Soon after Tejasswi was announced as the winner of Bigg Boss 15, many took to social media to accuse the channel of being biased. A few netizens linked her win to her bagging Naagin 6. Now, Simba Nagpal, who is also a part of Naagin 6 has come to her defence. Also Read – Naagin 6 actress Tejasswi Prakash tells media to direct all ‘marriage questions’ at Karan Kundrra – here’s why

In an interview with Pinkvilla, Simba called the accusations made against Tejasswi Prakash as ‘unfair’. He was quoted saying, “It is unfair, but actors are used to all of this. They are used to criticism and praise, but there will be one point where you will stop caring about all these comments. In the beginning yes it affects you. If I talk about my time in Splitsvilla, I used to get affected a lot.” Simba Nagpal too was a part of Bigg Boss 15, however, he could not make it to finale. He got eliminated after a few weeks. His fight with Umar Riaz was the highlight of his journey in the controversial house. Also Read – Naagin 6 NEW POSTER: Tejasswi Prakash’s half serpent half human avatar will leave you excited for the show

Earlier, a video of Simba Nagpal, Karan Kundrra and Tejasswi Prakash had gone viral on social media. In the video, we see Karan talking to Simba and saying that he has no problem if he romances Tejasswi on-screen. Also Read – Naagin 6: Tejassswi Prakash reveals Karan Kundrra is the INSECURE one in their relationship; has barred her from kissing on screen [Exclusive]