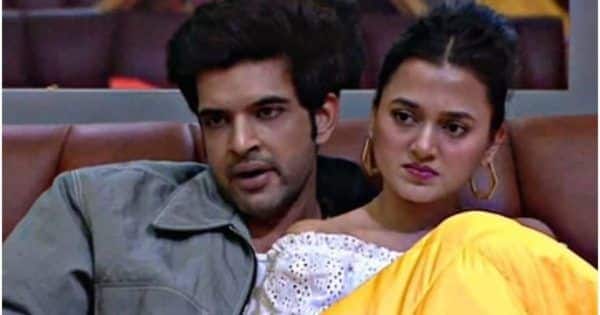 Tejasswi Prakash, the winner of Bigg Boss 15, and her co-contestant, Karan Kundrra are madly in love. In fact, the Naagin 6 star has been mostly only been answering romantic questions about her relationship with him ever since merging from the Bigg Boss house and seems to have no qualms whatsoever fielding these queries. However, recently, she revealed something about Karan Kundrra that may have fans a bit worried, admitting that she’s quite “irritated” with him. Is all not well between Tejasswi Prakash and the love of her life? Also Read – Pratik Sehajpal wishes Bigg Boss 13 winner Sidharth Shukla’s mother Rita maa; emotional netizens praise him – view tweets

Well, no need to fret just yet all you TejRan fans. What happened was while responding to a question about their Valentine’s Day plans during an interview with India Today, Tejasswi Prakash revealed that she has constantly been inquiring about the same from boyfriend Karan Kundrra, but the latter has been completely mum about it. Considering it’s not her birthday, but Valentine’s Day, the Naagin 6 lead actress confesses that she’d like to have planned the celebration together with him, but is now getting irritated as her FOMO (fear of missing out) is her biggest bane, and currently, she’s dying of fomo. Also Read – BTS x Naagin: Move over Tejasswi Prakash-Simba Nagpal, desi ARMY imagines V as hot sapera with Hobi as serpent – watch hilarious edit

Opening up in the same interaction about whether she may request for some time off to ring in Valentine’s Day, the actress added that both of them are extremely professional, so she’s definitely not going to ask for a leave (from shooting Naagin 6) since the show goes on air on 12th February and needs her entire commitment at this point in time. If the entire unit gets an off, then they’d plan something special, continued Tejasswi, or else their plans would have to wait until packup. Also Read – Naagin 6: ‘Tejasswi Prakash is hardworking and passionate’; Simba Nagpal showers praises on his co-star