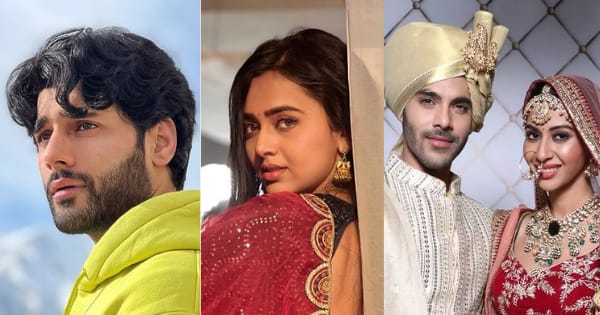 Naagin 6 starring Tejasswi Prakash, Simba Nagpal and Mehekk Chahal is quite popular online. The supernatural thriller series is the sixth instalment in Ekta Kapoor‘s popular Naagin franchise. Recently, the ratings of Naagin 6 dipped and hence, it seems the makers are leaving no stone unturned to build up the hype and make it more interesting. Recently, a new character and twist were brought to the story in Naagin 6, Rashami Desai returned to the series as Shanglira and Shalaka. While Shanglira is a vish Naagin, Shalaka is a normal Naagin. And now, a new character is all set to make his entry in Naagin 6. Tusharr Khanna is all set to enter the show. Also Read – Janhvi Kapoor, Disha Patani and 5 more actresses who look PHAT in bodycon outfits – view pics

He will reportedly play Tejasswi Prakash aka Pratha’s love interest on the show. Tusharr recently shared shooting for the show and his character deets are yet under the wraps. A report in ETimes stated that everything happened in a jiffy and he was brought aboard overnight. Tusharr Khanna is known for his stint in Piyaa Albela and Bhootu. Tusharr playing Teja aka Pratha’s love interest seems shocking. As Pratha is already married to Rishabh. Also Read – Madhuri Dixit’s new home looks like a royal palace; check out breathtaking pics of the mansion [EXCLUSIVE]

Rishabh wanted to save his brother, Ritesh aka Abhishek Verma, from Pratha and hence, he had spiked Ritesh’s drink and got married to Pratha. Rishabh loved Reem as far as the story of Naagin 6 goes. And now with the entry of this new character, what will be the fate of PraRish? Will Rishabh get back to Reem, whom he considers to be the love of his life? Will this be the end for PraRish who has gained a loyal fan following already? Also Read – Shaheer Sheikh-Surbhi Jyoti to feature in a music video; Fans already bowled over with their chemistry – view tweets

Tejasswi Prakash and Simba Nagpal’s chemistry had impressed fans in Naagin 6. And within the airing of first episode, they were shipped together as PraRish and SimTej.