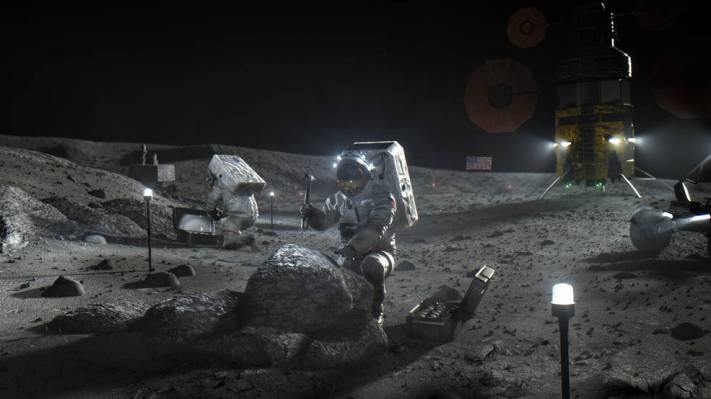 NASA will be giving another company a chance to send a lander to the moon, nearly a year after the agency announced that SpaceX beat out competitors including Blue Origin and Boeing for the opportunity.

Under the new plan, the agency will be opening up a second competition for a lander system for all American companies other than SpaceX, with the aim of having a second lander prepared to fly by 2026 or 2027. The winner of that second contract, dubbed the Sustaining Lunar Development contract, along with SpaceX “will pave the way to future recurring lunar transportation services for astronauts at the Moon,” NASA said.

This isn’t just good news for competitors. The agency also said that it is expanding its existing contract with SpaceX for yet another lander, which will fly an uncrewed and a crewed demonstration mission later this decade.

NASA’s announcement Wednesday marks a major expansion for the Artemis program, the agency’s ambitious series of planned missions to return humans to the moon for the first time since the Apollo days.

It’s also something of an about-face. The agency came under fire from both private industry and Congress after it awarded a single $2.89 billion contract for a landing system to SpaceX last April, with Blue Origin going so far as to sue NASA in federal court. (This was after the company and defense contractor Dynetics filed an objection — which was subsequently dismissed — with a government accountability watchdog.) But this time around, NASA Administrator Bill Nelson said the agency was all about fostering competition.

“We think, and so does the Congress, that competition leads to better, more reliable outcomes and benefits everybody,” he said. “It benefits NASA, [it] benefits the American people. It is obvious, the benefits of competition.”

So far, NASA is staying mum on how much all of this is likely to cost, beyond that it will be a fixed-price contract — which is significant, as the agency said the reason it selected only one bidder for the landing system last year was partly due to budgetary constraints. Further details on the value of the contract will be coming next week, after President Biden announces the fiscal year 2023 budget, Nelson added.

“We’re expecting to have both Congress[‘s] support and that of the Biden administration,” he said.

Update: A Blue Origin spokesperson told TechCrunch, “Blue Origin is ready to compete and remains deeply committed to the success of Artemis. We will continue to work with NASA to achieve the United States’ goal to return to the Moon as soon as possible.”