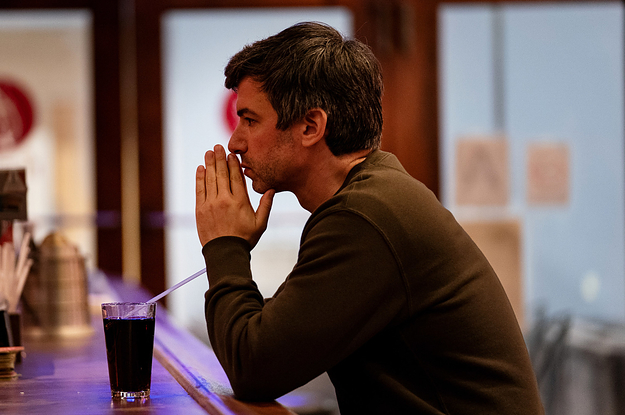 For some neurodivergent viewers, including those with autism, The Rehearsal was also a profound example of onscreen representation. On numerous Reddit threads, including some on autism-specific subreddits, redditors said they responded to Nathan’s articulation of feeling lost socially, his difficulty communicating and expressing feelings of vulnerability with others, and his highly methodical attitude toward traversing life’s fraught moments.

In one Reddit thread, a poster says the series is “deeply reminiscent of” and reads like an allegory for the autistic experience. “In a way, the premise feels like it’s just taking my autistic/anxious tendencies to an absurdist, often surreal, extreme,” they wrote. “The way he agonizes over first impressions, coaches people through dialog trees ‘just in case’ they say something unexpected, the hyperanalytical approach he takes to studying a person’s body language, mannerisms, and psychology to more accurately practice how they might react – it all feels like an acid-trip version of my own social anxieties.”

“The whole first episode felt VERY relatable to me as someone with level 1 [autism spectrum disorder],” another redditor wrote. “About how hard it can be to pick up on social cues and how conversation should work. … He even makes flow charts for conversations which I have done and is something I think about all the time about how I wish everything had a flow chart for me to follow to know how to behave.”

The portrayal of Fielder suppressing his instincts in order to have a more frictionless, amiable interaction, disguising himself, and adopting a more confident, if superficial, disposition in deference to what’s considered socially acceptable is something intimately understood by autistic viewers, who recognize this as masking or camouflaging.

Autistic people often rely on a daily routine, can become distressed when it changes or is interrupted, and may not know how to act or what to say in some unanticipated social situations, psychologist Tamara May wrote in a piece about how The Rehearsal “will be familiar to anyone with autism” for the Conversation. “These characteristics can result in experiencing negative social interactions or being upset by unexpected events, resulting in anxiety about future similar situations. To try and prevent this anxiety and possible poor outcomes, people with autism can engage in meticulous planning for future situations.”

After Episode 1, an autistic friend of mine asked a group chat if we thought Fielder himself was autistic. Later, she described The Rehearsal to her therapist, who responded, “I can see why you’d like that; you like being able to know what’s going to happen in any given situation.”

Fielder himself has been navigating questions about the distinction between his TV self and real-life self, and how people perceive him, for years. In a Reddit AMA from 2014, he said, “I definitely play up certain parts of my personality and exaggerate vulnerabilities I have for the sake of comedy. I feel like the Nathan on the show has a much tougher time reading social cues and is way less self aware than the real me.”

A month before that AMA, the New York Times reported in a profile that, after seeing autistic people on a message board liken his comedic sensibility to those with the condition, he researched it further and “took a degree of inspiration from it.” In a Rolling Stone story published just before the final season of Nathan for You, reporter Andy Greene notes that Fielder rebuffs the implication that his character is on the spectrum. “There’s a lot of social disconnects that people experience all the time that have nothing to do with autism or anything,” Fielder said. When Greene asks whether Fielder has ever wondered if he had a developmental disorder, Fielder was “genuinely horrified,” and said, “Please don’t tell me this is the angle of your piece.”

“Usually when we’re done filming a season [of Nathan for You], I need to almost take three full months to get my personality back,” Fielder said on The A24 Podcast in October 2020. “Because it’s not so extreme. It’s just, I do feel my tendency in a real conversation is to make it OK. I don’t want you to feel uncomfortable or something, but in the show I wouldn’t correct that. I would just let that failure hang. And from an outside viewer, it would be funny, the failure, but for me in the moment, I’m sitting with that discomfort.”

Overthinking social interactions and code-switching are obviously not traits exclusive to autistic communities. But like Fielder’s character, autistic people can approach a conversation with a slightly differently calibrated set of values and perceptions; they might pick up on certain things that neurotypical people generally miss, or they might not process a subtle tone shift or a nonverbal cue that can allude to a tacit meaning in someone’s words.