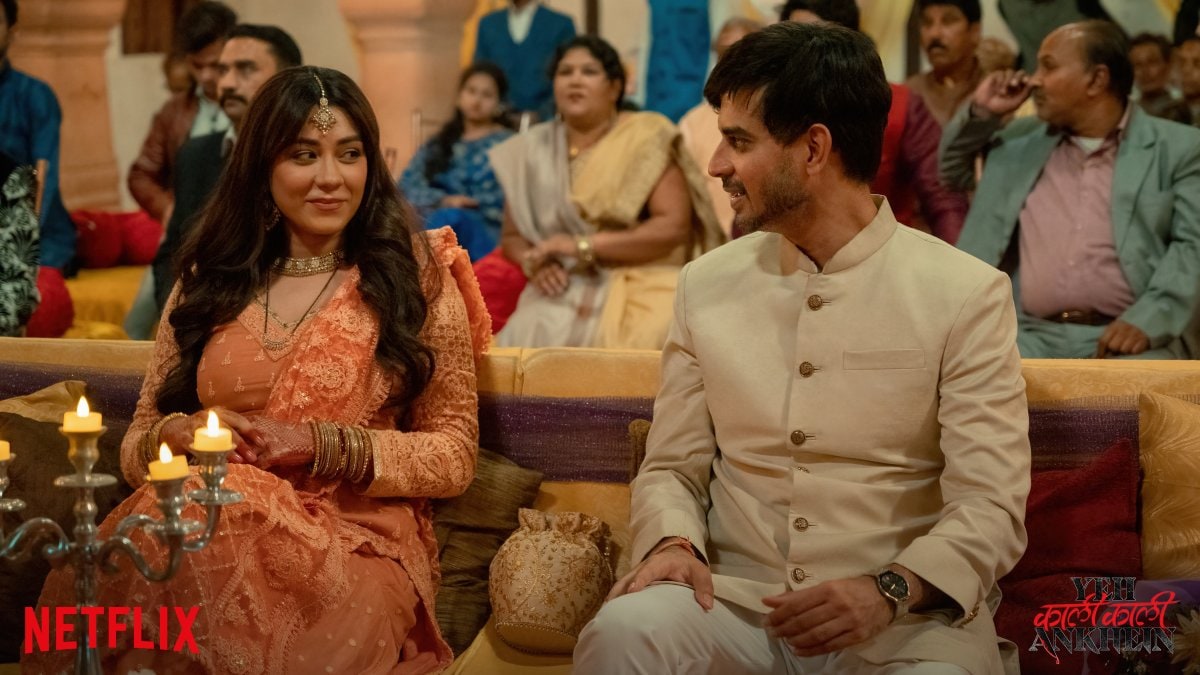 Directed by Sidharth Sengupta, the eight-episode series draws its title from the famous Shah Rukh Khan-Kajol song from the hit 1993 film Baazigar.

Set in the fictional north Indian town of Onkara, the story of Yeh Kaali Kaali Ankhein follows a romantic simpleton, Vikrant, played by Bhasin. He is an object of desire for Purva (Singh), who will go to any lengths to get him.

The series shows the mild-mannered Vikrant developing a new side to him. In order to escape Purva’s clutches and reclaim his life with his true love, Shikha (Sharma), he goes down a dark path only to regret it later in this pulpy thriller.

Sengupta, also the creator, producer and writer of the show, said it was “humbling” to see this project being loved by audiences all over the globe.

“This journey would not have been possible without each and everyone who has worked so hard on this project. I am thankful to have such an enriching working relationship with my co-writers Anahata Menon & Varun Badola who helped carve out the intriguing plot and the multilayered characters,” the director said in a statement.

He also praised the lead trio and ensemble cast, which includes Saurabh Shukla, Surya Sharma, Brijendra Kala, Arunoday Singh, Anantvijay Joshi, Sunita Rajwar and Hetal Gada, for their powerful performances, and the team behind the camera for their hard work.

“I am grateful to have collaborated with Netflix to bring out such an engaging story and it is overwhelming to know that such a vast audience not only in India but also across the world have enjoyed and appreciated the show. We are excited to get working on season 2 of Yeh Kaali Kaali Ankhein and bring it for the fans soon,” Sengupta added.

Tanya Bami, Netflix India series head, said Netflix was delighted by the love that has been pouring in for “Yeh Kaali Kaali Ankhein”.

“The twisted tale has been appreciated by both critics and viewers alike, for its bold theme of subverting the gender dynamics, power play in a relationship and the sharp and refreshing performances of Anchal, Tahir and the effortless Saurabh Shukla who have packed in more than a punch. For everyone who asked, what happens next, we are excited to announce the second season of the genre-bending series with newer plot twists and surprises galore,” she further said.