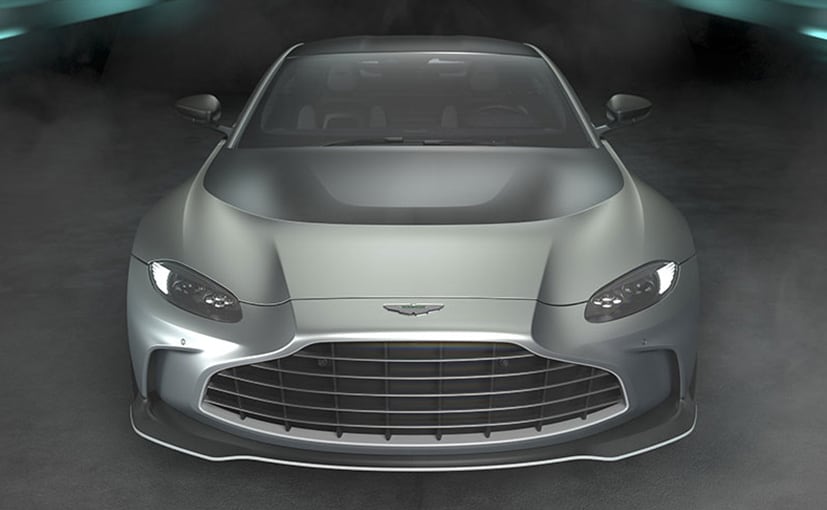 New V12 Vantage is the most powerful and fastest Vantage ever and is the company’s last V12-powered Vantage.

Aston Martin has revealed its new V12 Vantage, the fastest and most powerful road-going Vantage to date. Limited to just 333 units – incidentally, all already spoke for – the new V12 Vantage also marks the end of the road for a V12 engine Vantage with the manufacturer set to retire its “hero car” once production ends. As always the centre piece to the V12 Vantage is the engine which is the same 5.2-litre twin-turbo V12 from the Aston Martin DB11 and DBS but here tuned to develop 690 bhp and 753 Nm of torque from as low as 1,800 rpm. The ZF 8-speed automatic gearbox is carried forward for the V12 model though Aston says that the unit has been re-calibrated “to enhance shift speeds and driver interaction”. Aston Martin claims a 0-96 kmph time of 3.4 seconds and a top speed of 322 kmph. Speaking on the new V12 Vantage, Aston Martin CEO Tobias Moers said, “Every great sports car brand has a hero car. For Aston Martin in more recent years, that car has been the V12 Vantage. Right from the moment, the first V12 Vantage RS Concept was shown back in 2007 our customers and fans around the world fell in love with the idea of fitting our biggest engine into our smallest and most sporting model. The recipe has been refined over the years with great success, but the essence has remained the same.”

Power upgrade aside Aston has also made a number of other changes under the skin. The V12 Vantage gets new adaptive suspension including new springs and anti-roll bars front and rear. The company says the suspension’s spring rates have been increased by 50 per cent upfront and 40 percent at the rear with the roll bar also 5 per cent stiffer at the front. The track is wider by 40 mm on both ends to improve stability while the steering has been re-calibrated for sharper handling. Stopping power comes via new lighter carbon-ceramic disc brakes at all four corners. 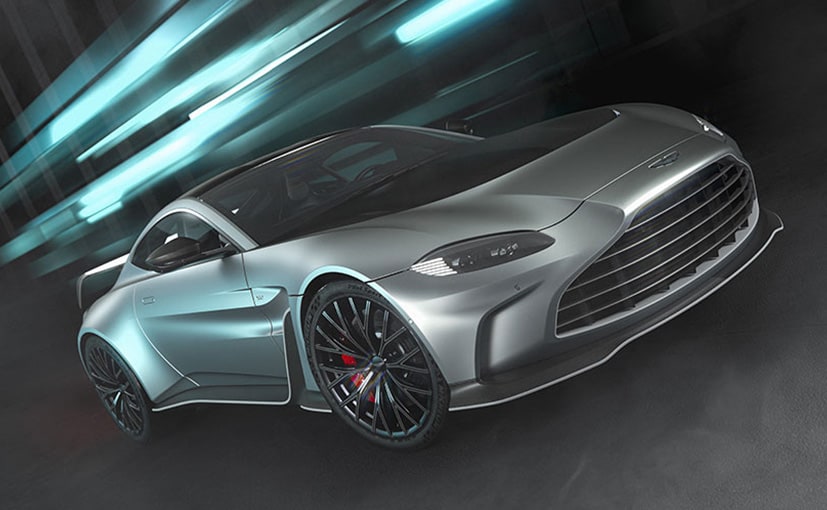 The body shell has also been lightened with extensive use of carbonfibre for components such as the bumpers, bonnet, front fenders, side sills, and roof with the engine also fitted with a new lightweight exhaust.

Aston says the result of these weight-saving measures is that the Vantage V12 has a 20 percent better power-to-weight ratio over the V8 despite the heavier engine.

There will also be no mistaking of the V12 Vantage from the V8. While the basic design is the same the V12 gets a much more aggressive look. To start with the V12 has a larger body to accommodate the wider track. The front grille is wider than on the V8 and the hood now features a massive horseshoe-shaped vent to help dissipate engine heat. Along the sides, the carbon-fibre finished sills and prominent front fender vent catch the eye while at the rear the revised diffuser, central exhaust, and boot lid-mounted spoiler. 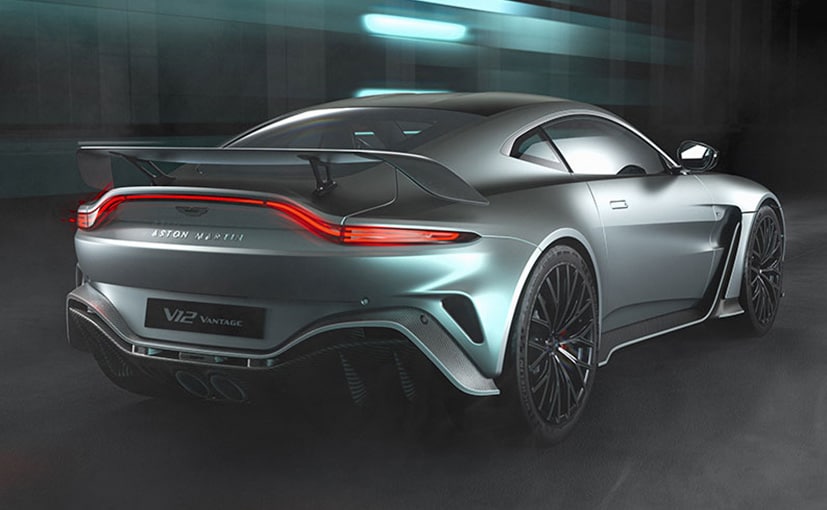 The rear wing and diffuser provide 250 kg of downforce

Changes to the cabin are more subtle in comparison with much of the cabin unchanged over the V8 with the biggest giveaway being the V12 badge on the centre console or the optional carbon-fibre front seats. Customers also get the option to spec up their cars through Aston’s Q bespoke division. 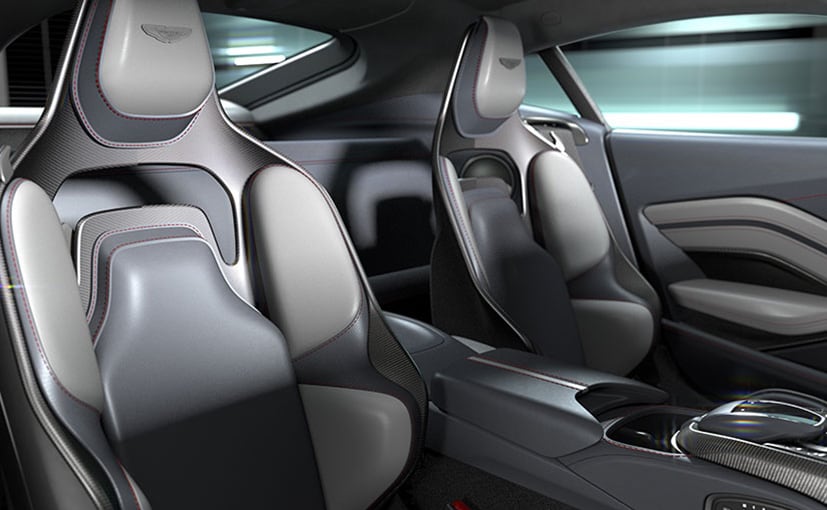 Aston says that it will commence deliveries of the new V12 Vantage from the second quarter of 2022.