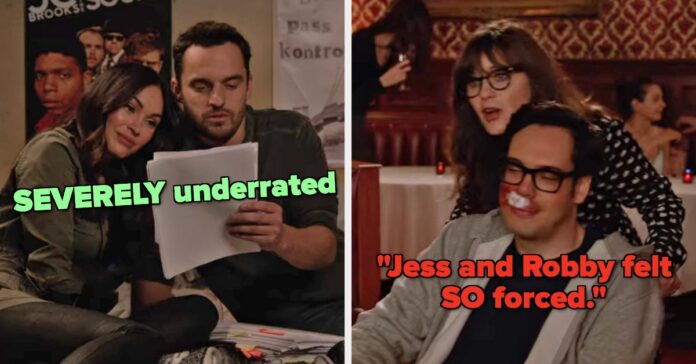 As much as I love Nick, Jess and Dr. Sam were a couple that gave me butterflies. Don’t get me wrong, the way their relationship started was not great, but the moment Dr. Sam realized he wanted to be with Jess and showed his devotion to her, I was onboard. Also, we got to see Jess, who was a goody two-shoes, be more spontaneous and take risks. I was so happy the show brought him back and had high hopes that they would be together in the long run. But of course, the show wanted Nick and Jess to be endgame, so they had to break up…again. I’m still upset that they didn’t end up together.

Side note: I do want to briefly share that I was not a fan of how their relationship ended the second time around. It made no sense at ALL! Dr. Sam’s decision to be with Diane even though he literally stated in the episode right before that he chose Jess was bizarre. Like, why even have that scene with Jess and give me false hope?!