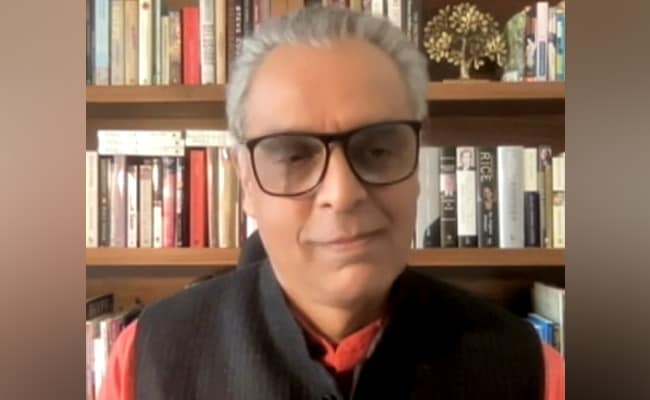 There was no link between the $2 billion India-Israel deal that purportedly involved the Pegasus spyware and an Indian vote in the United Nations as suggested by The New York Times, the former Indian envoy to the United Nations Syed Akbaruddin told NDTV on Saturday.

Calling the vote a “low-level issue”, Mr Akbaruddin said no one from New Delhi, Israel or Palestine contacted the Indian mission in New York at the time in 2019 and to hint that it was quid-pro-quo for the snooping tool was an “egregious” error. He, however, did not comment on the crux of the story which claimed India did buy the Pegasus spyware from Israeli security firm NSO.

“Our (India and Israel) ties had improved. There is no doubt about that. It was visible to everybody at the UN. I have written in my book that Israel endorsed an Indian judge to the ICJ (International Court of Justice). This was in 2017. This was open knowledge that our ties were warming up. Where interests coincide, certainly states will work together. I don’t think there is anything to hide about it… I don’t think that’s a linkage. I must say The New York Times on this thing erred and erred egregiously,” he said.

“It was a rather mundane case of a Palestinian NGO… and initially everybody didn’t have a problem with it. At that time, several countries came out and said they had found some linkages which were not highlighted by the NGO during the initial submission,” Mr Akbaruddin said.

“So, we had to take a call and we ourselves had many, many concerns about NGOs being infiltrated by terrorists. In fact, India had actually proposed a format to do the vetting. When this case came up, my colleague who handles this committee came to me and said, ‘Ambassador, what do we do?’ And without blinking I said ‘Well, this is a terrorist concern. All they are asking is to delay this meeting so why should we have a problem at all?’ I never consulted anybody and gave the directions because these were in consonance with our policy. Nobody contacted me from Delhi on this or after this. Neither did the Palestinians contact me because this was an NGO… I am a little surprised that The New York Times picks up a disparate vote on a small NGO and links it to a bigger story. I have no idea about the bigger story. I was the permanent representative in New York,” he said.

The former Indian envoy said that even after that 2019 vote, India continued to handle Israel-Palestine issues as it has always done, going back as far as 1970.

“This was not about a two-nation theory, it was about an NGO. The Palestinians never asked us for support. Neither did the Israelis at a high level. We looked at it as the issue of an NGO which had perhaps terrorist links. And a year before, we had abstained on a similar thing. We ourselves were working on a framework where we said every NGO should be vetted for the UN-designated list.

The New York times has done shoddy work on this aspect. I don’t know any other aspect because I was not involved,” Mr Akbaruddin said.

His response followed a New York Times report that claimed India bought Pegasus spyware as part of a $2 billion defence deal with Israel in 2017 and in the same breath, mentioned a 2019 vote at the UN: “India voted in support of Israel at the UN’s Economic and Social Council to deny observer status to a Palestinian human rights organization, a first for the nation.”

The report triggered a major controversy on Saturday with the opposition alleging that the government indulged in illegal snooping that amounted to “treason”. They indicated that they would raise the issue strongly in the Budget Session of Parliament starting Monday, even as union minister VK Singh rubbished charges, calling The New York Times “Supari Media”.

The government did not release an official response but sources told news agency PTI that the matter related to the Pegasus software was being monitored by a committee under the Supreme Court — headed by retired Supreme Court judge R V Raveendran – and its report was awaited.