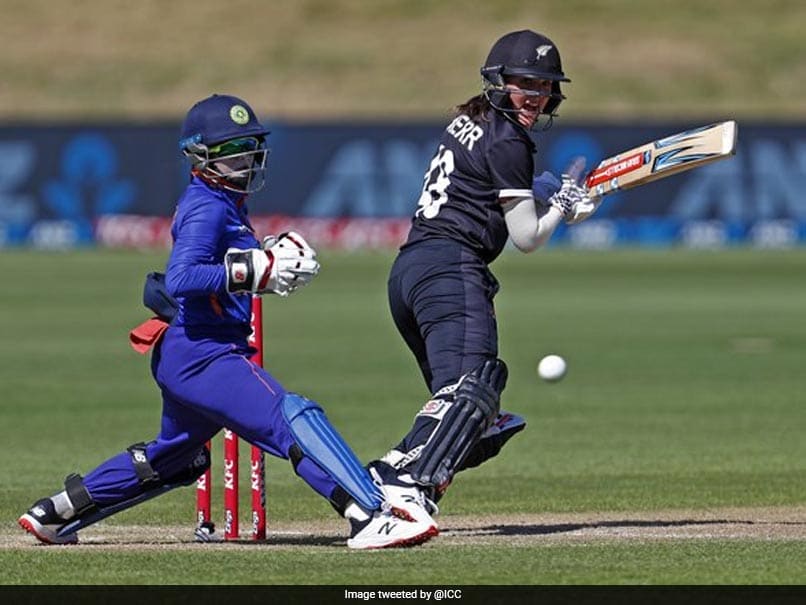 India felt the absence of experienced pacer Jhulan Goswami as they failed to defend an imposing 270 to go down by three wickets in the second women’s ODI against New Zealand in Queenstown on Tuesday. The loss meant that the visitors have now conceded a 0-2 lead in the five-match series. Deepti Sharma took 4 for 52 while her spin colleagues Poonam Yadav, Rajeshwari Gayakwad, and Harmanpreet Kaur took a wicket apiece. But India failed in the pace department with Pooja Vastrakar and debutant Simran Bahadur leaking runs without taking any wickets.

The presence of Goswami, rested from this game to try out new talent, could have made the difference after Indian batters rose to the occasion to set a stiff target of 271 for New Zealand despite the continued absence of star opener Smriti Mandhana, who remains in extended quarantine.

But Amelia Kerr made the difference with her unbeaten 119 off 135 balls with the help of seven fours as New Zealand overhauled the target with one over to spare by reaching 273 for seven.

The Indian bowlers lost the plot in the middle overs when they allowed Amelia Kerr and Maddy Green (52) to stitch a 128-run stand from 24.4 overs for the fourth wicket.

Green was dropped by Taniya Bhatia on 23 while Kerr survived a few half chances towards the end of New Zealand run chase.

New Zealand did not have the best of starts as they were 55 for 3 in the ninth over.

Sophie Devine (33), first match centurion Suzie Bates (16) and captain Amy Satterthwaite (0) returned to the dressing room before the 10th over.

But they found their saviours in Kerr and Green as the duo lifted the home side with a 128-run stand from 24.4 overs for the fourth wicket to put them on course of a victory.

That partnership changed the complexion of the game as New Zealand needed just 88 runs from 16.3 overs to win. They were 213 for five at the end of the 40th over and needed 58 runs from 60 balls, which they eventually succeeded in knocking off.

Earlier, captain Mithali Raj continued her fine form with an unbeaten 66 while Richa Gosh also struck a half-century as India posted 270 for 6.

Raj, who had scored 59 in a losing cause in the first ODI on Saturday, remained unbeaten on 66 off 81 balls.

Young wicketkeeper-batter Gosh, however, outshone her captain as she slammed 65 off 64 balls with the help of six fours and a six in a brilliant performance.

Gosh and Raj shared 108 runs in 17.4 overs for the fifth wicket to help India set a stiff target for the home side. In the later part of her innings, Gosh struggled while running for quick runs.

Raj’s unbeaten knock had three fours in it.

Sabbhineni Meghana also made a significant contribution with a 50-ball 49 which was studded with seven fours to stitch 61 runs for the opening wicket with Shafali Varma (24), who, however, failed to convert a good start yet again.

Yastika Bhatia, who had made 41 in the first match, contributed 31 from 38 balls this time as the Indian top-order, except for vice-captain Harmanpreet Kaur, gave a good account of itself.

Kaur continued her woeful form as she could only score 10 runs off 18 balls — the same score as in the first match.

For New Zealand, Sophie Devine was the pick of the bowlers with two wickets for 42 runs.

The home side were also sloppy on the field as they conceded runs and dropped catches, including at least two reprieves given to Shafali.