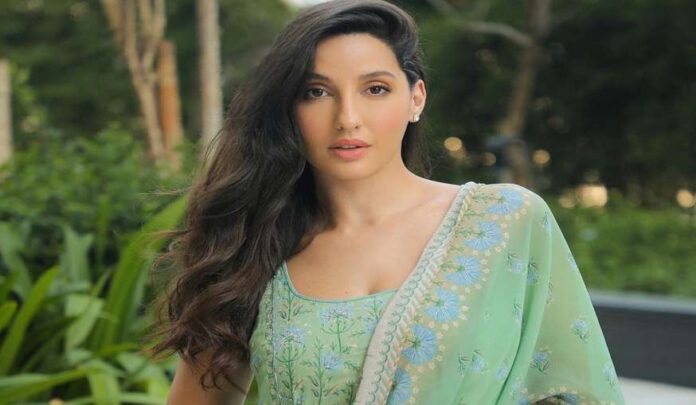 Bollywood actress Nora Fatehi has reached Enforcement Directorate ‘ED’ today for questioning in the case of thug Sukesh Chandrashekhar. ED has made Nora Fatehi a witness in this case, while Jacqueline Fernandes is accused. Nora, who reached for questioning in the money laundering case of Rs 200 crore, has been questioned several times for hours in this case. Let us tell you that Pinky Irani, who arranged the meeting of Mahathug Sukesh and Jacqueline, has been arrested by the Economic Offenses Wing (EOW) of Delhi Police. At the same time, the court has given bail to Jacqueline in this case.

Pinky Irani was also questioned many times regarding this matter. The court has sent Pinky Irani on police remand for three days. Pinky Irani used to do the work of introducing Jacqueline and other actresses to Sukesh Chandrasekhar. Pinky has good friendship with many big celebs of Bollywood. On behalf of Sukesh, Pinky Irani used to deliver expensive gifts to the actresses.

Nora Fatehi may be a foreigner but she has made a distinct identity in Bollywood with her tremendous dance and acting. Nora started her film career with the film ‘Roar: Tigers of the Sundarbans’. Nora has worked in many Hindi films as well as South films. Nora got recognition from the song ‘Dilbar’. Nora has also been a part of the TV world. Nora had joined the TV reality show ‘Bigg Boss’ as a contestant, after which she also became a part of the dance reality show ‘Jhalak Dikhhla Jaa’.

Talking about Nora Fatehi’s workfront, she was seen doing a cameo in Ajay Devgan and Sidharth Malhotra’s film ‘Thank God’. In this film, Nora danced on the song ‘Manike’ in such a way that the fans fell in love with her. In the coming time, Nora Fatehi will be seen in an untitled film with Shahnaz Gill, John Abraham and Riteish Deshmukh.

Cirkus Trailer Release: Ranveer Singh gave 440 volt shocks by becoming an electric man, you will be stunned after watching the trailer