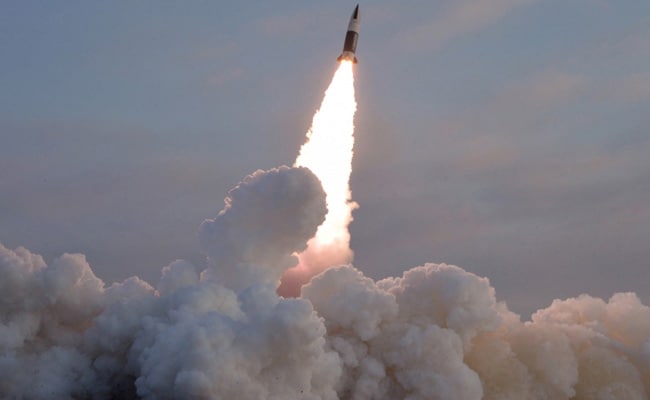 It was reported that North Korea had launched a possible ballistic missile. (Representational)

“North Korea fired an unknown projectile from the Sunan area around 09:30 today, but it is presumed that it failed immediately after launch,” Seoul’s Joint Chiefs of Staff said in a statement.

The failed launch would have been Pyongyang’s tenth weapons test this year, following seven missile tests and two of what North Korea said were a “reconnaissance satellite”.

South Korea and the US said last week those tests were actually of a new intercontinental ballistic missile (ICBM) system — a so-called “monster missile” that has never been test-fired before.

North Korea is already under biting international sanctions over its missile and nuclear weapons programme but the US said the tests were a “serious escalation” and would be punished.