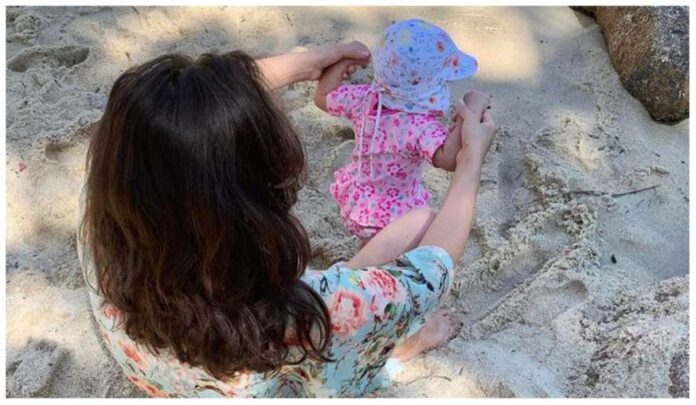 Alia Bhatt: This month Alia Bhatt, Bipasha Basu and Debina Bonnerjee have given birth to a daughter. But these actresses did not show a glimpse of their daughters. Meanwhile, Bollywood actress Evelyn Sharma has recently shown the first glimpse of her daughter. Let us inform that Evelyn married her Indo-Australian boyfriend Dr. Tushan Bhindi in May 2021. Tushan is a Dental Surgeon. Evelyn gave birth to a daughter in November last year.

Let us tell you that Evelyn had not shown the glimpse of the daughter before, but as soon as the daughter completes one year, she has shown the face of the little angel. Evelyn recently shared a special picture on Ava’s first birthday. Fans are continuously commenting on this photo. This birthday party was hosted by Evelyn’s mother-in-law Bina Bhindi. Sharing the photo, Evelyn wrote – Our little darling Ava turns 1 year old. It’s only been a year but life is incomplete without you. We love you so much. Many thanks to Beanie-mama for throwing the best first birthday party in the world.

Was seen in these films

Evelyn Sharma was seen in the 2013 film “Yeh Jawaani Hai Deewani”. Also he has worked in blockbuster films like ‘Saaho’, ‘Main Tera Hero’, and ‘Jab Harry Met Sejal’. Apart from this, she is also known for her song ‘Sunny Sunny’ and the romantic dramas ‘Ishqdaariyan’ and ‘Yeh Jawaani Hai Deewani’. She moved to Australia in 2020.