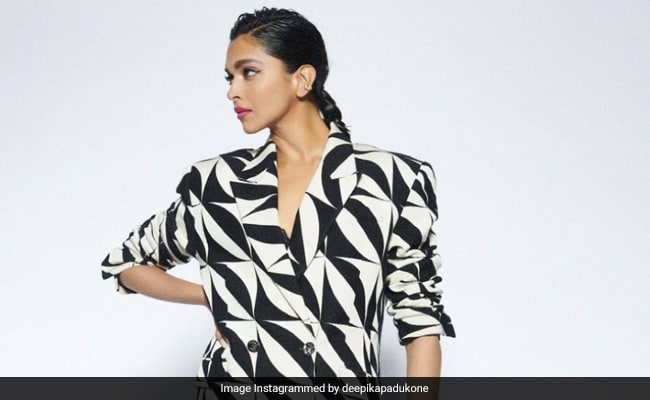 Influencer Freddy Birdy has addressed actress Deepika Padukone in a somewhat condescending Instagram note clarifying that an earlier post he had shared on outfits worn to promote new film Gehraiyaan had not been intended to “mock” Deepika’s wardrobe choices. Mr Birdy also thanked her for calling him a “moron.” Backstory later, first Freddy Birdy’s clarification: “Dear Deepika, I am not “mocking you” for wearing tiny clothes. You can wear your hemlines till your toes or your ears. For all I care. And thank you for calling me a ‘moron.’ It’s the only non-fake thing you’ve uttered in your entire career.” Mr Birdy, who has now made his account private, tagged Deepika Padukone as well as filmmaker Karan Johar and his banner Dharma Movies. 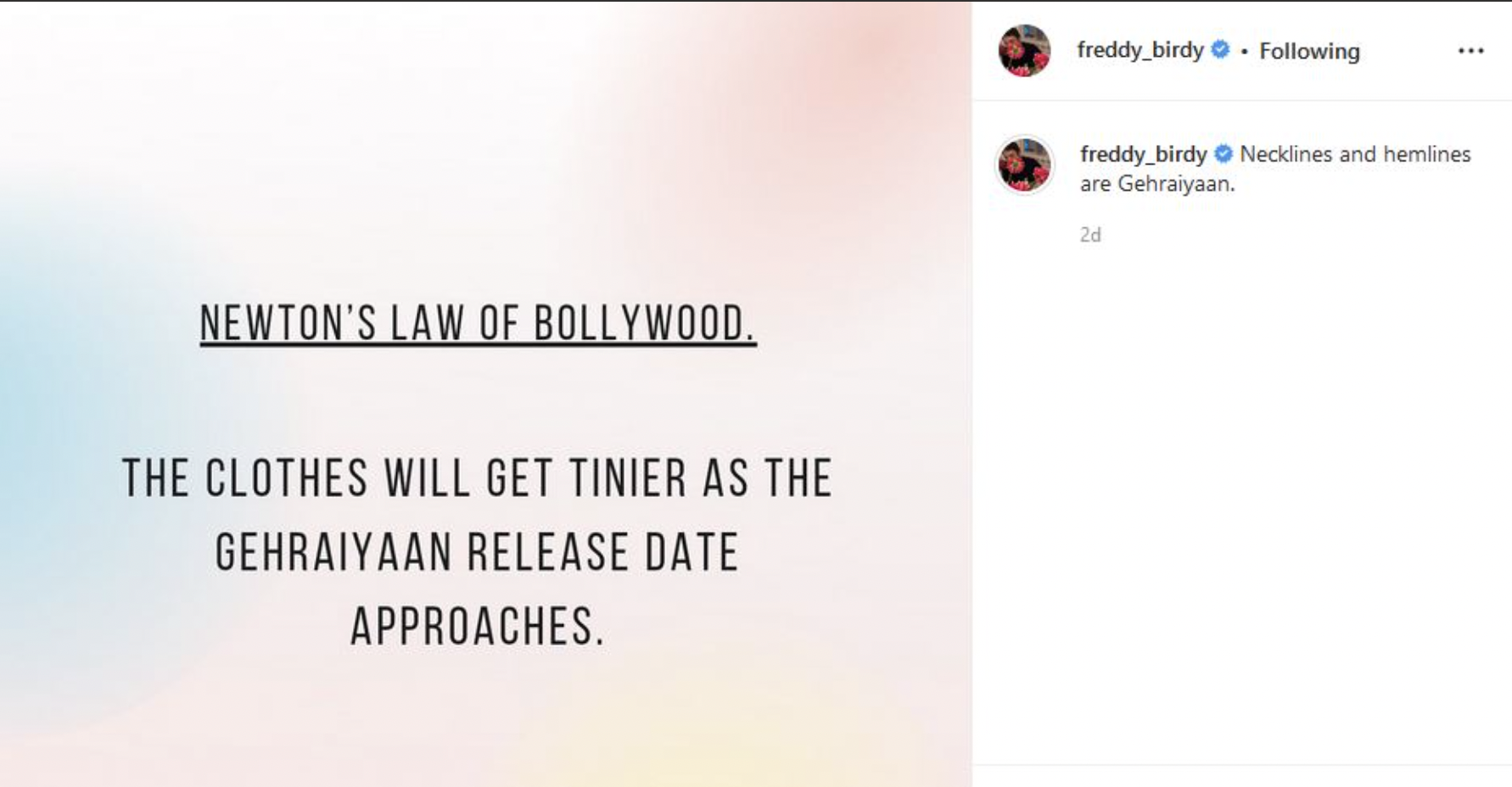 At first glance, Deepika Padukone and Freddy Birdy, known for his work in advertising, appear to be unlikely opponents. It all started when he shared a post titled “Newton’s Law Of Bollywood” two days ago. In it, Mr Birdy wrote, “The clothes will get tinier as the Gehraiyaan release date approaches” – Gehraiyaan being Deepika’s new film which is being produced by Karan Johar. “Necklines and hemlines are Gehraiyaan,” Freddy Birdy captioned his post. No matter what his clarification says, it does sound like he was “mocking” Deepika’s outfits (very bodycon and very stylish, by the way)

Freddy Birdy’s influencer status is built on insult humour – his takedowns span everyone from Delhi holidaymakers in Goa to South Mumbai women speaking Hindi and they are generally very funny. This time however, the humour is plainly sexist and offensive and offence was taken – Freddy Birdy didn’t name Deepika in his post and she didn’t name him in an Instagram Story in which she wrote: “Scientists say the universe is made of protons, neutrons and electrons. They forgot to mention morons.” Freddy Birdy clearly assumed she meant him, as his post shows. 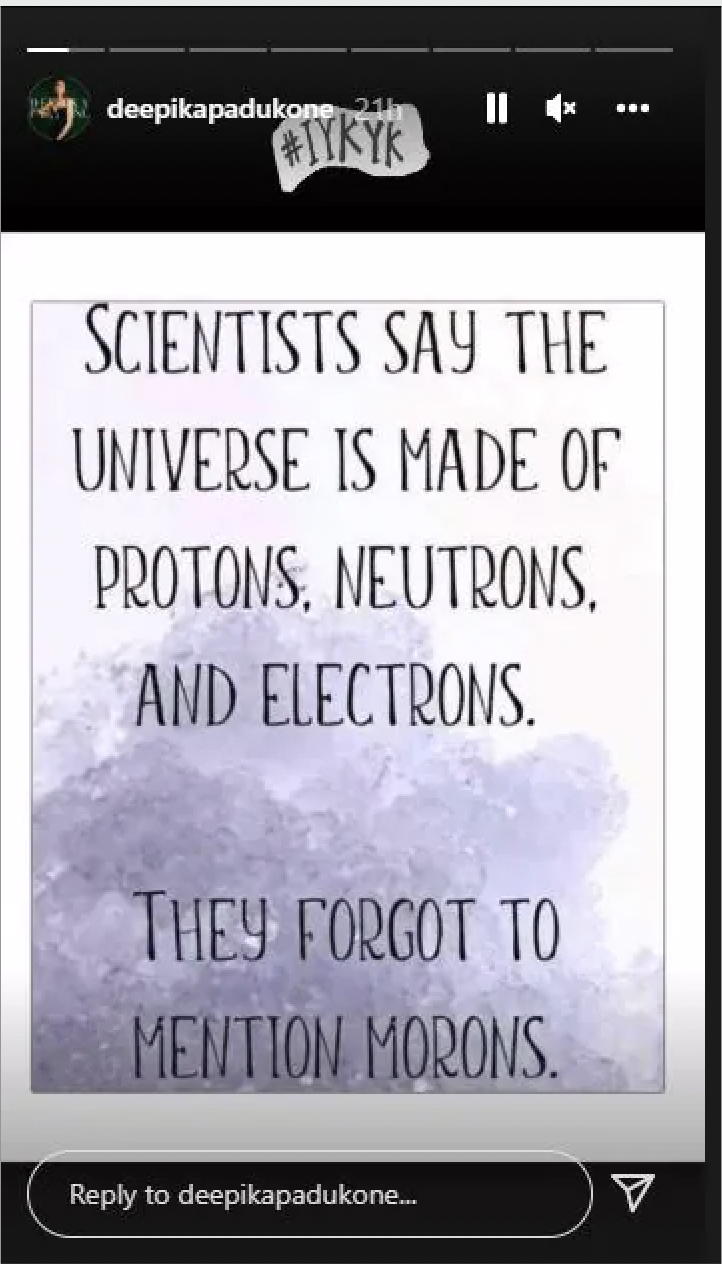 The Internet seems to be equally divided by this random and unexpected mini-feud. In the comments thread of Freddy Birdy’s post, his supporters have left various riffs on the theme of ‘it was just a joke.’ Others have called him out for the misogyny of his original post and for his responses to other comments:

this is not the first time I see him shading but this post is deeply sexist and clearly driven by his hatred for a particular person. freddy birdy, you better issue an apology. funnily enough, all his posts have limited comments so you can’t even call him out. this is not humour? pic.twitter.com/NsaDy8LXgH

Utter shit
How can they talk about women like this
Who are you freddy birdy pic.twitter.com/g2s942teTt

Deepika Padukone isn’t the only female star of Gehraiyaan – Ananya Panday is also in the film and has not so far commented. Siddhant Chaturvedi and Dhairya Karwa round out the cast of the Shakun Batra-directed film which begins streaming on February 11.