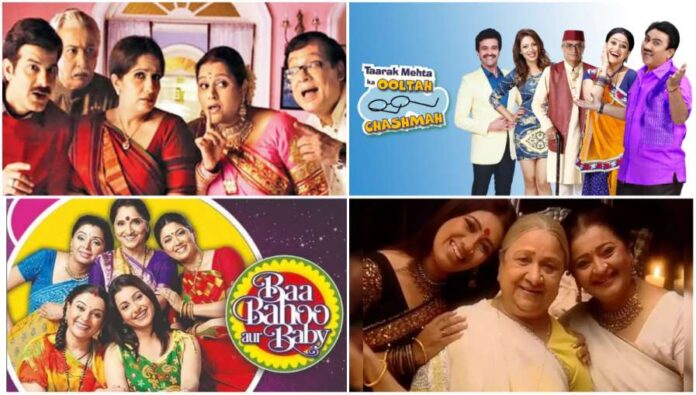 TV Show based on Gujarati Culture: Some Gujarati words are understood and spoken all over the country today. Like Baa, Mota Bhai, Ben, Ekch Minute, Magazh Kantal Jana… Have you ever wondered how you came to understand so many Gujarati words? Actually, our TV industry has a big hand in this, there are many superhit shows on TV in which Gujarati culture has been shown very closely. These days, even before the TV show ‘Anupama’ dominated the TRP list, many shows have come up with such stories in which Gujarati traditions and society have been shown. There are assembly elections in Gujarat soon. The eyes of the whole country are fixed on Gujarat these days. In such a situation, we are going to tell you about these special TV shows.

These days the top show of TV ‘Anupama’ is based on the story of Ahmedabad. The cuisine, festivals and customs of Gujarat are depicted beautifully many times in the show. The show has made Rupali Ganguly, Gaurav Khanna and Sudhanshu Pandey the top TV actors of the country.

Even though the story of Mumbai has been told in ‘Taarak Mehta Ka Ooltah Chashmah’, which has been ruling the TV world for the last 14 years. But there is a family of Jethalal and Daya, who always use Gujarati words in their talks and also mention Gujarati food dishes.

Who can forget Gopi Bahu

Who can forget Gopi Bahu who washes and dries the laptop in the TV show ‘Saath Nibhana Saathiya’, Kokila Modi and Rakhi from ‘Rasode Mein Kaun Tha’. In this show too, there was a tadka of Gujarati culture.

The first superhit of the daily soap ‘Kyunki Saas Bhi Kabhi Bahu Thi’ is also included in this list. Where the story of Tulsi, Baa, Mihir made people cry and laugh. Also explained the value of joint family. In this show also people got to see Gujarati culture.

The fire of ‘Ba, Bahu and Baby’

The story of a Gujarati family was also shown on screen in the TV show ‘Ba Bahu Aur Baby’. This comedy drama also tickled people and introduced them to the atmosphere of Gujarat.