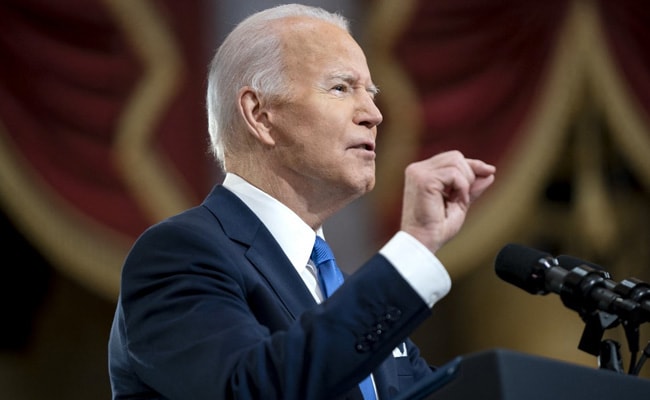 US President Joe Biden said his administration is working on removing tariffs on Chinese goods.

President Joe Biden said his administration is working on removing tariffs on Chinese goods imposed by his predecessor, but Beijing will have to do more to meet its trade commitments.

“We’re not there yet,” Biden told reporters when asked about the prospect of ending the tariffs.

At a press conference ahead of the first anniversary of his inauguration, Biden said US Trade Representative Katherine Tai is working on the issue with China but the timing is “uncertain.”

But many US companies have criticized the levies, saying they drive up costs, since importers bear the brunt of the impact — a growing concern as shortages of key products have caused US inflation to spike.

The two countries signed a so-called “phase one” trade agreement in January 2020, in which Beijing pledged to increase its purchases of American products and services by at least $200 billion over 2020 and 2021.

But amid the Covid-19 pandemic, Beijing has fallen fall short of those targets.

“I’d like to be in a position where I can say they’re meeting the commitments, more of their commitments and be able to lift some of it,” Biden said.