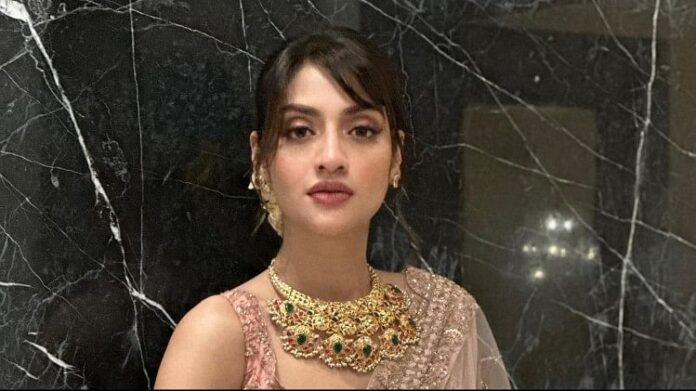 Nusrat Jahan, who has successfully traveled from the Bengali cinema actress to the streets of politics, is celebrating her birthday today. Born on 8 January 1990 in Kolkata, Nusrat Jahan made her film debut in Raj Chakraborty’s film Shotru (2011). Nusrat started her career with modeling in the year 2010. In the same year, she also became Fair One Miss Kolkata. Along with a decent film career, Nusrat made a mark in politics as well. It is said that when fame kisses your feet, controversies also follow. Similar is the journey of Nusrat Jahan’s life. Know that sometimes controversies related to the life of the actress.

Nusrat Jahan became an MP from the Trinamool Congress seat. When Nusrat Jahan reached Parliament on the first day after becoming an MP, there was a lot of uproar over her clothes. In fact, the actress reached the Parliament wearing a western dress. He also shared this picture on social media, after which he was criticized by politicians and common people. However, Nusrat also expressed his stand on this with impunity.

After the marriage of Nusrat Jahan, personal life was also in the hands of controversies.

Nusrat married boyfriend Nikhil Jain in Turkey in 2019. Both were married with Hindu and Muslim customs, but there was a lot of controversy after a few days of marriage. Both made a lot of allegations and counter-allegations on each other. In this way Nusrat and Nikhil Jain parted ways.

The news of pregnancy created panic

In the year 2021, news of Nusrat and actor Yash Dasgupta’s affair started surfacing and information also came to the fore that a notice has been sent to her by husband Nikhil Jain. Although the actress denied it. Meanwhile, the news of Nusrat being pregnant started surfacing. At that time, Nusrat was having a dispute with her husband Nikhil Jain, in such a situation, Nusrat was trolled a lot regarding the name of the child’s father.

When Nusrat Jahan reached Parliament wearing vermilion on her forehead

Nusrat Jahan married Nikhil Jain, while she comes from the Muslim community. When Nusrat reached the Parliament for the first time after her marriage, during this time she was in a saree and she had applied vermilion along with mangalsutra. His mangalsutra and vermilion also became the subject of much discussion. Because of this, the religious leaders of Deoband also issued a fatwa against Nusrat Jahan. He said that Muslim girls should marry only Muslim boys. Nusrat is a Muslim woman so how can she apply sindoor. After seeing vermilion and mangalsutra, the question also arose whether he had converted to his religion.