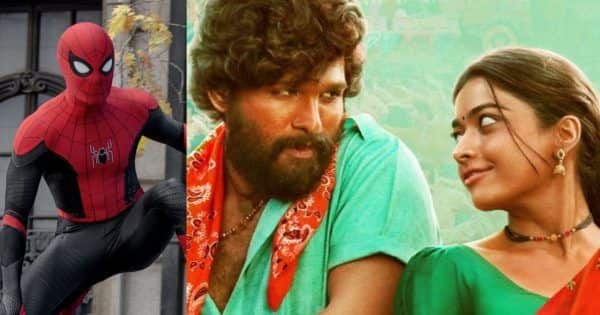 Allu Arjun and Rashmika Mandanna’s Pushpa: The Rise has done rocking business worldwide at the box office and continues to do in the Hindi belt even in its fourth week, now attaining a bonafide ‘superhit’ tag in every territory, but the true measure of the Sukumar directorial goes beyond that – it can now be seen in how Pushpa has seeped into pop culture mainstay of the country. The craze for the movie is refusing to due down any time soon. In fact, the mass hysteria around it is now reaching unprecedented levels, and we’re talking about every nook and cranny of the country, not only in Telugu-speaking states, or even in South states for that matter. The latest to join the bandwagon is Spider-Man. Also Read – Pushpa box office collection 4th Saturday: Allu Arjun starrer keeps going strong in Hindi belt while others films have fizzled out

Sukumar’s Pushpa: The Rise has stormed the box office worldwide to end up as a bonafide superhit in all territories both domestic and overseas. And when we say all territories, it’s because the movie has finally achieved the ‘superhit’ tag in the Hindi belt, too, come its fourth week, where it’s still doing rollicking business, particularly in Maharashtra and Gujarat. Also Read – RIP Ramesh Babu: Mahesh Babu pens emotional note for his ‘Annaya’; Chiranjeevi, Nagarjuna, Devi Sri Prasad post condolences — view tweets