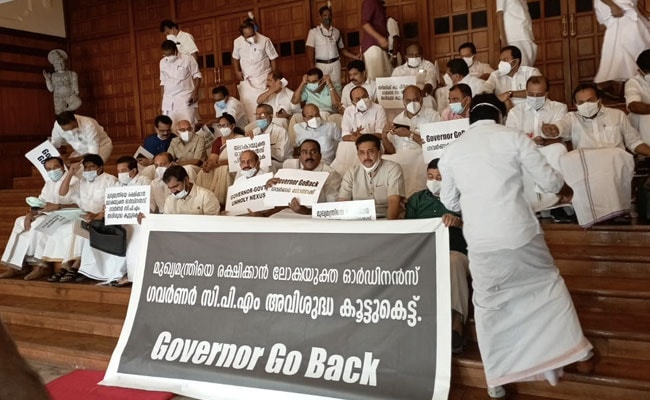 The Budget session of the Kerala Assembly began on a stormy note on Friday with the Opposition staging a walkout during Governor Mohammed Arif Khan’s policy address.

Governor Khan had approved the policy address late yesterday night after a brief confrontation over state government’s decision to allow pension for personal staff of ministers.

Mr Khan, according to sources, had also expressed strong displeasure regarding a letter by the General Administration Department (GAD) Principal Secretary against the appointment of a BJP leader as his  Additional Personal Assistant.

The Secretary’s letter, which was leaked to the media, had stated that the appointment was being made “against precedents”…”only based on “Governor’s desire”.

The issue was resolved after the Kerala government replaced KR Jyothilal as the Principal Secretary (GAD) with a senior civil servant.

Earlier in the day, Chief Minister Pinarayi Vijayan also visited the Raj Bhavan and met the Governor in a bid to pacify him.

Sources say Mr Khan agreed to approve the policy address after he was informed about Mr Jyothilal’s removal.