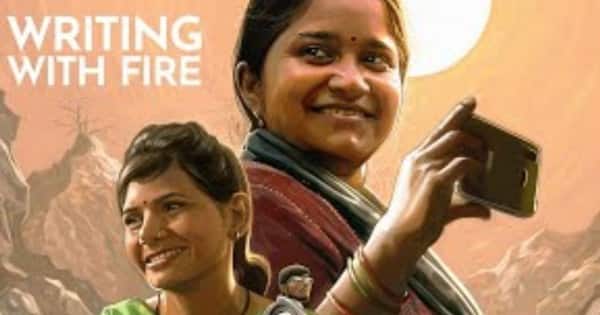 Oscar nominations for 2022 are OUT! On Tuesday, Writing With Fire became the first Indian documentary feature to get an Oscar nomination. The documentary is running for the prestigious Academy Award along with four other films including Ascension, Attica, Flee, and Summer of Soul. Yes, you read that right! The awards ceremony is scheduled to be held on March 27. After the Oscar nominations were announced, directors Rintu Thomas and Sushmit Ghosh expressed their happiness on social media. Also Read – Trending Hollywood News Today: BTS ARMY supports RM, Kanye West deletes posts about Kim Kardashian, Oscars 2022 nominations and more

Rintu took to Twitter to share a video of the nomination and wrote, wrote, “Oh My God!!!! Writing With Fire just got nominated for @TheAcademy Award. Oh My God!!!!!!!! #OscarNoms #WritingWithFire (sic)”. Also Read – Oscars 2022: Leslie Jordan-Tracee Ellis Ross to announce nominations on THIS date; Will Smith, Lady Gaga and more predicted to be in the race

Take a look at the post – Also Read – Etharkkum Thunindhavan: Suriya starrer to drop this HUGE announcement about its release, teaser and trailer dates? [EXCLUSIVE]

Helmed by Rintu Thomas and Sushmit Ghosh, the film Writing With Fire is about the rise of Khabar Lahariya, India’s only newspaper run by Dalit women in multiple dialects — Bundeli, Avadhi, and Bajjika for communities in Bihar’s Sitamarhi district and UP’s Banda district. The documentary traces the journey of the newspaper from print to digital medium. The women leading it became smartphone journalists. Reportedly, the documentary was shot over five years following the paths of the newspaper’s chief reporter and the crime reporter. The documentary showcases how at times the world can be dangerous for women like them.

The documentary won the audience and jury awards in the World Cinema Documentary category at the Sundance Film Festival 2021. The documentary received immense love and it showcases the makeover from print to digital that was praiseworthy. The San Francisco Chronicle said: “Even (Bob) Woodward and (Carl) Bernstein would be inspired by the women reporters of India’s Writing with Fire,” The two American journalists with Washington Post had blown the lid off the Watergate scandal in the 1970s, which led to the resignation of President Richard Nixon.