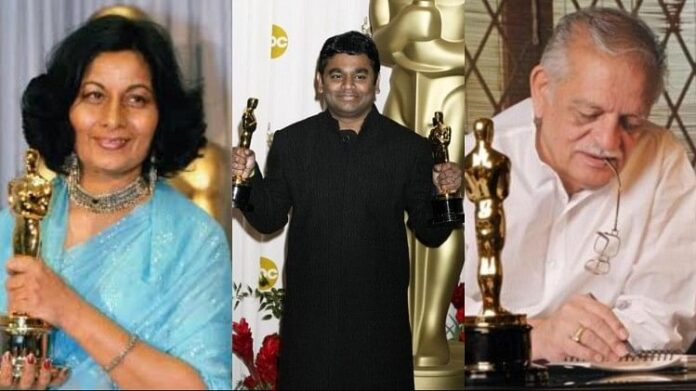 This year’s nominations for the Oscars, which are considered to be the biggest awards in the cinema world, are in the headlines at the moment. SS Rajamouli’s film ‘RRR’ has bagged India’s nomination for Oscars 2023. The song ‘Naatu Naatu’ from this film has been nominated for an Oscar in the Original Song category, which is a matter of pride for the country. Along with this, there are many Indian projects, which have been nominated for Oscars 2023. However, this is not the first time that India has got an Oscar nomination. On this special occasion, let us tell you which are the Indian gems so far who have left their mark on this platform and won this award.

The name of country’s famous director Satyajit Ray comes at number two in the list of people who have brought laurels to the country at the Oscars. On 30 March 1992, Indian cinema’s erudite Satyajit Ray was honored with the ‘Oscar Life Time Achievement’ Honorary Award. Satyajit Ray’s name is written in golden letters in the history of the country’s cinema. The award was given to Satyajit Ray for his rare mastery of the art of motion pictures and his deeply human approach. This art of Satyajit Ray had such an impact on filmmakers and audiences around the world, which is very difficult to erase.

Sound designer Resul Pookutty won the Oscar Award in 2008 for the film ‘Slumdog Millionaire’. A graduate from the Film and Television Institute of India (FTII), Pune, Resul has worked in films in several languages, including Hindi, Malayalam, Tamil and Telugu. His list of films include ‘Ra.One’, ‘Highway’, ‘Kochadaiiyaan’ starring Rajinikanth and ‘Pushpa’.