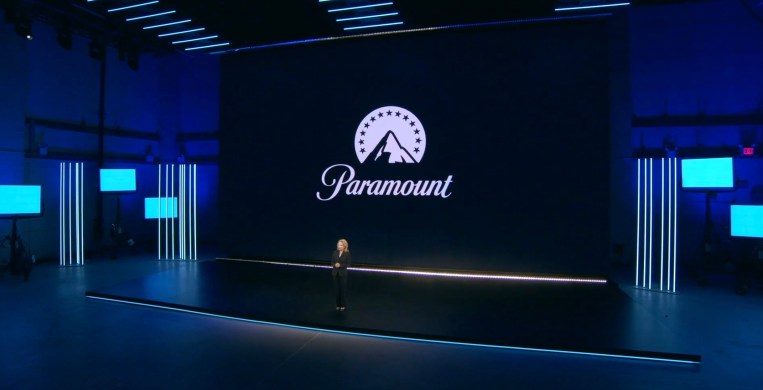 ViacomCBS, which will now go by the name Paramount, announced on Tuesday its streaming service Paramount+ will include access to Showtime programming in one integrated offering starting this summer. Though the two services were already available in a discounted bundle deal, U.S. subscribers will soon be able to upgrade in-app to a plan that includes both Paramount+ and Showtime for either $11.99 or $14.99 per month, depending on whether they want the ad-supported or ad-free service, respectively.

Showtime will still be offered a standalone offering, Paramount noted.

The changes were announced as part of parent company ViacomCBS’ presentation and earnings announcement yesterday, which also included a corporate rebrand from ViacomCBS to Paramount Global, (which will be referred to as just Paramount) effective as of today.

During the investor event, the media and entertainment company presented its multi-year strategy to embrace streaming with the global expansion of Paramount+ (which now includes a new partnership with France’s CANAL+), elevated subscriber targets, and a commitment to increase investment in streaming content from $2.2 billion in 2021 to $6 billion by 2024 — higher than previous forecasts.

The Paramount+ streaming service, which was once known as CBS All Access before ingesting new content as a result of the CBS-Viacom merger, is a large part of Paramount’s broad ambitions. The service already offered a combination of entertainment, news, sports, kids and family programming, scripted and unscripted series, originals, and more — and those sorts of investments will now continue and deepen, the company said.

Paramount also intends to attract global customers with more original content, including 50 new international scripted originals in 2022, most of which will be produced by its international studio VIS.

Similar to other streaming competitors, Paramount plans to make its service the streaming home for all new Paramount Pictures movies in the U.S. following their theatrical runs, starting with the 2024 film releases. This is a shift that’s betting on the future of Paramount’s film slate — that these movies be good enough and attract so much interest, that consumers who were used to being able to stream these types of releases elsewhere, may now sign up for Paramount+ to gain access.

Paramount said it will also expand several of its popular franchises over the next few years, including the additions of two more “A Quiet Place” movies, a live-action “Sonic the Hedgehog” series, three more “Spongebob Squarepants” movies, a new “Star Trek” film, a new “Teenage Mutant Ninja Turtles” movie, and at least three more “Transformers” movies.

Notably, Paramount for the first time broke out its Paramount+ subscribers — a metric it had typically combined with Showtime. In its earnings release, the company noted the Paramount+ service had reached 32.8 million subscribers at the end of 2021, after adding 7.3 million in the fourth quarter. In the U.S., Paramount+ touted record subscriber sign-ups and engagement from content like “Clifford The Big Red Dog,” “Mayor of Kingstown,” “1883,” “South Park: Post Covid,” live events, and the NFL games. Internationally, it benefitted from local sports including the A-League in Australia.

Combined with its other offerings (like the standalone Showtime), Paramount’s total streaming subscribers reached over 56 million by year-end, after adding a record 9.4 million total subscribers in the final quarter, achieving 84% year-over-year growth in streaming subscription revenue. Showtime helped pulled in viewers with its originals, like “Yellowjackets” and “Dexter: New Blood.” And its new joint venture, SkyShwotime, will launch in over 20 European markets later this year.

“We see a huge global opportunity in streaming, a much larger potential market than can be captured by linear TV and film alone,” said Paramount President and CEO Bob Bakish. “We’re excited about our ability to not just compete, but thrive, creating significant value for both consumers and shareholders. How? Because we’re broader in four key areas: our diverse content, streaming model, mix of platforms and global reach. As we look forward, the size of the opportunity we see is matched only by our ambition to seize it,” he added.

The company, however, reported mixed earnings in Q4 with revenue of $8 billion, well far ahead of Wall Street estimates of $7.51 billion, but earnings per share of $0.26 instead of the expected $0.43. Streaming revenue (which includes both ad revenues and subscriptions) grew 48% to $1.3 billion. Elsewhere, ad revenue stayed largely flat at 1% year-over-year growth to $2.6 billion, due to lower political ad spend and lower linear impressions. Theatrical, licensing and other revenue brought the total up to the $8 billion.

Despite Paramount’s ambitious plans, the stock dropped more than 20% in early trading, Variety noted, citing an analyst downgrade and investor concerns about Paramount’s plans to boost spending on streaming content to $6 billion, when it had previously said it would spend $5 billion+ by 2024.