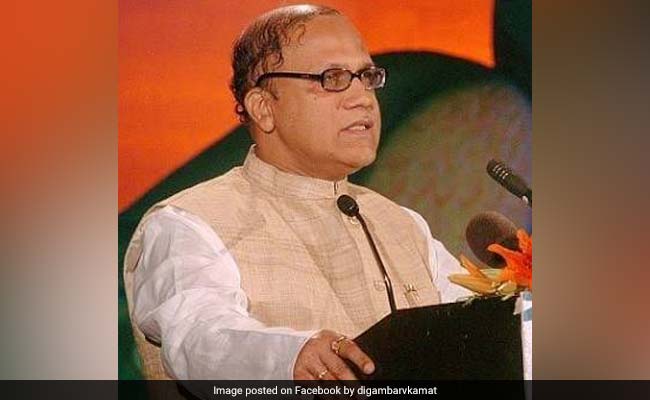 Governance has come to a halt after Code of Conduct was announced in January: Digambar Kamat

Congress on Friday said it was ready to consider all possible alternatives to keep the BJP away from power in Goa.

The BJP, which won 20 out of 40 seats in the last month’s Goa Assembly elections and has secured support of the two Maharashtrawadi Gomantak Party MLAs and three Independents, has yet to stake a claim to form new government.

Senior Congress leader Digambar Kamat told reporters that the failure to stake claim indicated that “everything is not well within BJP”.

Congress won 11 seats in the elections. The results were announced on March 10.

“Congress party is open to all options to ensure that a non-BJP government is formed in Goa which will actually uphold the verdict of assembly polls,” Mr Kamat said.

The BJP could win 20 seats, one short of the majority figure, only because votes got split, he claimed.

“The mandate was clearly against the ruling dispensation which is visible from the 33.31 per cent vote share of BJP, which makes it clear that 66.69 per cent voters did not want BJP,” Mr Kamat added.

“Even after a week (after results), the BJP has failed to form government. BJP leadership is just buying time, giving one excuse or other,” he said.

Governance has come to a halt after Code of Conduct was announced in January, he said.

“No major works have been taken up in the last two months. The monsoon is fast approaching and a lot of preparation is pending,” the former Chief Minister said.

“Several MLAs have approached Congress, urging us to take lead in the formation of government. We appeal to all non-BJP MLAs to use their wisdom and take steps to ensure that people of Goa get a full-fledged non-BJP government,” he said.