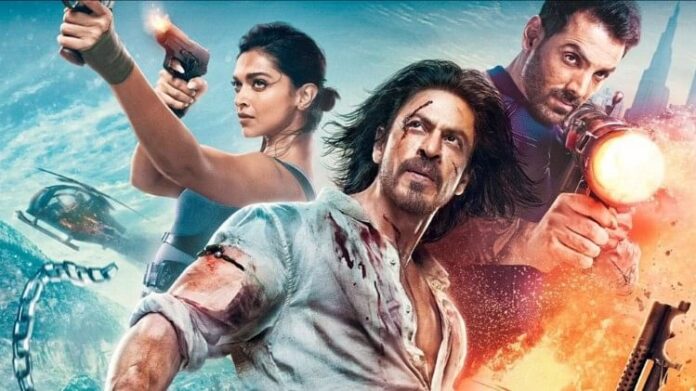 Returning to the big screen after four years, Shah Rukh Khan’s film ‘Pathan’ has become the biggest Indian film to release overseas. According to the information, Yash Raj Films has implemented the plan to release it in more than 100 countries. This film is going to be released only on more than 2500 screens abroad. This is the highest number of screens an Indian film has got so far abroad. Meanwhile, the earnings from the advance booking of the film ‘Pathan’ has reached around Rs 24 crore.

Read this also-Subhash Ghai: How Subhash Ghai became the ‘merchant’ of his luck from ‘Kalicharan’, know why he is called ‘second showman’

Now there is no movie in Advance Booking Ticket Sale ahead of ‘Pathan’. Prior to this, the film ‘Bahubali 2’ has been at number one, which sold 6.50 lakh tickets before its release. The advance booking of the film has picked up pace since last Saturday and if the income from ticket sales is added, it has crossed Rs 24 crore and is just about to touch the figure of Rs 25 crore. It is believed that this film will make a grand opening on the first day of its release. The release is happening on a weekday (non-holiday) and the figures so far are telling that the opening of the film is going to be between 40 to 50 crores.

Till now, the record of first day earnings in the films released in Hindi in the country is with the film ‘KGF 2’, which took a grand opening of Rs 53.95 crore last year. Among the films made in Hindi, this record is held by the film ‘War’, which has an opening of Rs 53.35 crore. In the case of films released on working days, this record is with the film ‘Sanju’ which earned Rs 34.19 crore on the first day of its release. Looking at the advance booking of the film ‘Pathan’, it is believed that this film will definitely break the record of ‘Bahubali 2’ Hindi on the first day of its release, which took an opening of Rs 41 crore.

Read this also-Varun-Natasha: To persuade Natasha, Varun had made a lot of papad, did not give up even after four rejections