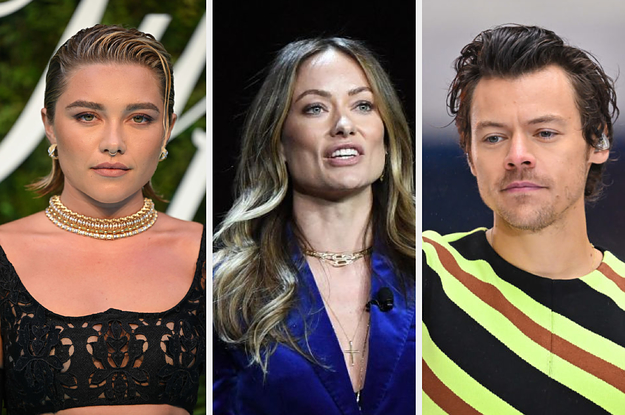 Fans had noticed apparent tension between Pugh and Wilde early on, particularly as Pugh has barely promoted the film on her personal social media, and the two women have disagreed on the film’s marketing choices.

With much of the attention in the film’s publicity focusing on a steamy sex scene between Styles and Pugh, Wilde previously told Vogue that she wanted the audience to “realize how rarely they see female hunger, and specifically this type of female pleasure.”

But Pugh felt differently, telling Harper’s Bazaar, “When it’s reduced to your sex scenes, or to watch the most famous man in the world go down on someone, it’s not why we do it. It’s not why I’m in this industry.”

And all the back and forth has finally culminated in reports Friday that Pugh will not be doing any additional press for Don’t Worry Darling outside of the film’s premier at the Venice Film Festival on Sept. 5.

Naturally, the internet’s obsession with every moment of this feud has resulted in all the memes and jokes.