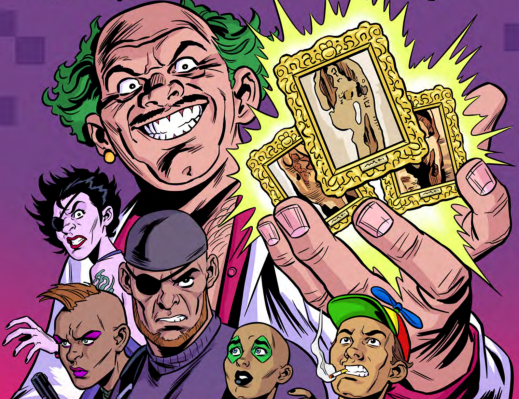 The world of NFTs is bizarre, confounding and exhilarating. Detractors see a space full of capital-obsessed hucksters who want to choke all of the lasting value from popular culture while boosters see a new technological revolution that can transform how value from online media is actually created and captured.

This past year, institutional investors have seemed to grow obsessed with NFT opportunities — a space few of them examined seriously before 2021 — dropping billions of dollars into equity investments in startups including Dapper Labs, OpenSea and Sky Mavis.

Investors’ latest NFT bet is on a startup called Pixel Vault — a massive NFT collection of superheroes that has the goal of growing into a decentralized Marvel-esque empire. The NFT startup tells TechCrunch it has closed a whopping $100 million in funding from Adam Bain and Dick Costolo’s 01 Advisors and Velvet Sea Ventures.

Pixel Vault has been at the forefront of experimentation in how NFT projects become something bigger than thousands of JPGs.

“Pixel Vault projects are built with the key tenets of Web3 at the center – community empowerment, decentralized governance, and true digital ownership,” said Pixel Vault CEO Sean Gearin (better known in crypto circles as GFunk) in a statement. “We do not look at the fan as the customer. Our fans are the owner and the builder.”

The company’s first launch back in May — before it was actually a company — featured a drop of thousands of comic books, real and digital, that featured characters from the CryptoPunks world. Users had the option of exchanging the comic NFT over a short period for a spot in the pixel Vault Founder’s DAO, a crypto collective which gave them ownership in a substantial collection of NFT artwork which included a number of CryptoPunks NFTs worth millions at current prices that were the main characters of the Pixel Vault comic.

The provider of the most of those punks was a crypto investor pseudonymously named @beaniemaxi, who bankrolled the project initially, supplied a multi-million collection of punks and spoke loudly about the potential for the project. He’s come under fire in recent weeks for pushing projects onto his followers while being less than transparent about the scope of his personal involvement — the minor crypto scandal has led to him divesting from the Pixel Vault project to avoid further blowback for the startup.

I’ve never done anything that I didn’t disclose. As an investor I often receive part of NFT sales revenues. I only back teams that I feel have strong chance of success. My track record is great hence my following. To expect perfection isn’t realistic. Some projects/founders fail.

Since the initial Punks Comic release, the Pixel Vault team has leaned into the comic book aesthetic tapping some of the veteran artists behind the comic to create a large collection of super hero NFTs which the team hopes to turn into a broader media universe. The team is looking to balance maintaining IP rights with encouraging the community to use and promote the “MetaHero” art, maintaining IP rights to 146 of the “Core” character NFTs while allowing wide re-use of thousands of generative characters.

“[They] have the mandate to build a decentralized Disney, which in my mind, means co-creation and co-ownership with avid fans in order to hold you to task, who don’t participate in the economics but participate in the appreciation of their characters that are in this world,” Velvet Sea Ventures’s Michael Lazerow tells TechCrunch.

Pixel Vault already has an agency deal with WME to develop partnerships and Hollywood and beyond. The

The floor price for one of the thousands of MetaHero Generative Identities sits at just over $18,000 worth of ETH at current prices, while one of the 146 core characters goes for just under $300,000.

Building a decentralized Marvel is about more than money, that said Pixel Vault has an awful lot of money in its community. The project has seen nearly 100,000 ETH in lifetime transaction volume — more than a quarter of a billion dollars at current prices.