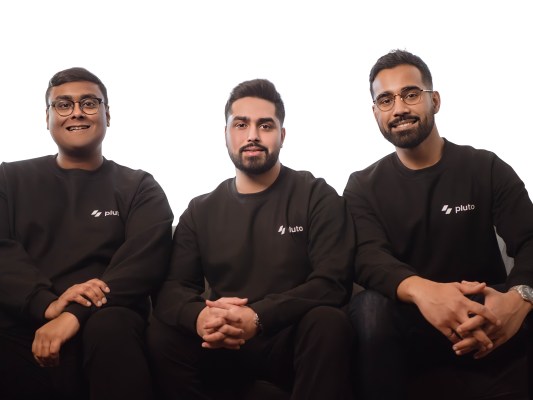 Here in the U.S., the corporate spend space is getting increasingly competitive, with several startups clamoring to gain market share.

But in the Middle East, the market is far less crowded. And one new startup, Pluto, is hoping to gain traction in the region in the same way its counterparts here in the U.S. have in their home countries. In fact, Pluto’s self-proclaimed mission statement is that it is “building Ramp for the Middle East.” For the unacquainted, Ramp is a spend management startup that last August raised $300 million at a $3.9 billion valuation.

Other prominent players in the space include Brex, which last month announced a $300 million raise at a $12.3 billion valuation; Airbase, which last July raised $60 million and; more recently, TripActions, which after the COVID-19 pandemic, expanded from being a primarily “corporate travel” startup to also, more broadly, a spend management company, and in October was valued at $7.25 billion.

Founded in October 2021, Pluto’s first product is a card designed to help businesses digitize their cash spend. It is particularly focused on meeting the needs of underserved SMBs in the region, according to Pluto CEO and Y Combinator alum Mo Aziz, who started the company with CPO Mohammed Ridwan and CTO Nayeem Zen. Ridwan and Zen previously worked at companies such as Square, CashApp, Shopify and Uber.

And today, the company is announcing that it’s just closed a $6 million seed round led by Global Founders Capital that included participation from firms such as Soma Capital, Graph Ventures, Adapt Ventures and OldSlip group. Notably, angel investors hailing from corporate spend giants in the U.S. also put money in the round, including Ramp’s founders Eric Glyman and Karim Atiyeh and Airbase founder Thejo Kote. Additional angel investors, among many others, included Plaid co-founder William Hockey, Not Boring’s Packy McCormick and MFM’s Shaan Puri.

“Companies like Brex have attempted taking on Middle Eastern businesses and issuing them corporate cards from the U.S.,” Aziz told TechCrunch. “However, this only works for Middle Eastern businesses who also have a U.S. incorporation. Secondly, most U.S. corporate cards do not work perfectly in this region since merchants block U.S. card bins to avoid potential fraud.”

Clearly, Ramp doesn’t see Pluto as a threat. Via e-mail co-founder and CTO Karim Atiyeh told TechCrunch: “At Ramp, we are passionate about empowering talented and driven founders who are making an outsized impact. What attracted us to Pluto was the top-notch caliber of the team and the founders’ track record of building fantastic and complex products from the ground up. We are thrilled to be part of their journey as they realize their vision in the Middle East.”

The COVID-19 pandemic played a factor in Pluto’s formation in that it forced businesses in the region to accept cards and contactless payment methods such as tap pay, Aziz believes. That has accelerated card acceptance –– with 90% card acceptance rates in the UAE and Saudi Arabia by some estimates — in the region.

“It’s taken all this time since historically, banks have been extremely reluctant to partner with fintech companies, to help co-create financial products and services,” Aziz said. “This has also locked out banking as a service players and issuer processors, or Marqeta-like companies to exist, which make up key underlying infrastructure.”

But more recently, the region is seeing a “rapid” shift that has led to “a strong push towards fintech enablement from regulators, openness from banks to partner with fintech companies and the emergence of the region’s first issuer processors and BaaS platforms that make now the golden moment to build a company like Pluto in MENA,” Aziz added.

It’s early days yet, and Pluto is still in the pre-launch phase, but Aziz said that in just the few months since its inception, the startup already has 35 customers in its pipeline with zero marketing efforts. It is gearing up to formally launch in the UAE and Saudi Arabia in the coming weeks.

The need certainly appears to be there. In MENA, UAE-born Aziz said, most businesses distribute cash or personal cards belonging to a manager or a business owner to employees for incurring business expenses.

“This is because banks in the region only give business single debit or credit cards with no spend controls,” he told TechCrunch. But with Pluto, the company claims, businesses can streamline spending by issuing unlimited virtual or physical cards with spend controls to employees while getting real-time visibility on their expenses through its expense management software.

To avoid potential fraud, those businesses often maintain the custody of those cards with one or two individuals — usually a financial controller and/or the business owner. Employees who incur business expenses are then either reimbursed, or are given managers’ personal cards or in most cases given cash.

“This results in serious inefficiencies, including cash leakages, lack of visibility on transactions taking place and a ton of work for finance teams to chase receipts so that they can reconcile business expenses,” Aziz said.

With Pluto, he said, businesses can control spend before it even happens, by creating unlimited virtual and physical cards with spend controls that can be connected to existing business bank accounts and category restrictions. Its software then automates the process of receipt collection and reconciliation.

Besides its three co-founders, Pluto has two other employees with a fully remote team working between Canada, the U.S and the UAE. The company’s business team operates primarily from the UAE, while tech and engineering is based out of Canada with a few engineers that work remotely from the U.S.

“We did this to be able to leverage North American tech talent, many of whom my co-founders have been working with at their former roles,” Aziz said. “Recruiting tech talent in MENA is a lot harder and we want to leverage our two hubs in Toronto and the UAE to be able to attract top tier talent from both parts of the world.”

Speaking of which, investor Packy McKormick, founder of Not Boring Capital, describes Pluto as “a rare combination of top-tier global talent with deep local knowledge working on a problem whose time has come.”

McKormick told TechCrunch that when he first spoke with Aziz, he was most impressed that Pluto’s focus was on addressing local challenges — specifically around digitizing cash spend — “instead of purely applying something that had worked elsewhere.”

“On the surface, it looks like Ramp for the Middle East – which is why I was happy to see [founders] Eric and Karim in the round, but a layer deeper, the product is tailor-made for the traditional SMBs that make the region’s economy hum. It reminds me of the story of Careem beating Uber in the region: the local player appreciated and built for the primacy of cash. Pluto is starting the same way. “

The startup plans to use its new capital to, naturally, do more hiring, as well as secure bank partnerships and licenses as it works toward launching Pluto in the UAE and Saudi Arabia in the short-term and in Egypt, Pakistan and Bangladesh in the longer term.

Launching soon – a weekly fintech focused newsletter in your inbox. Sign up here!