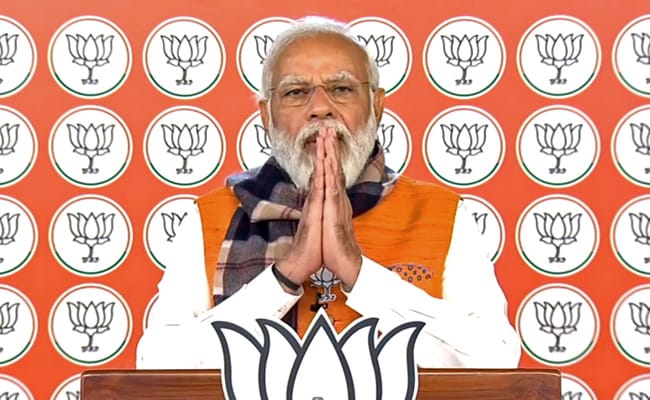 As the assembly elections in Uttar Pradesh begin on Thursday, Prime Minister Narendra Modi urged all the voters in the state to participate in the “holy festival of democracy” by exercising their franchise.

“Today is the first phase of voting in the Uttar Pradesh assembly elections. I request all the voters to participate enthusiastically in this holy festival of democracy by following the rules of COVID-19. Remember – Vote first, then refreshments!” said PM Modi in a tweet.

Voting for the first phase of the Uttar Pradesh elections on 58 assembly seats covering 11 districts of the state will begin on Thursday at 7 am.

The voting will conclude at 6 pm today.

As many as 623 candidates are in the fray in the first phase of the assembly polls while nearly 2.27 crore voters will decide the fate of these candidates.

Nearly 50,000 paramilitary personnel from 412 companies of central paramilitary forces have been deployed at different locations to maintain law and order as the election campaign for the first phase of assembly polls in western Uttar Pradesh ended on Tuesday evening.

The police have sealed the borders of the State and strict vigilance is underway to maintain peace in 58 assembly constituencies which will go to the polls today.