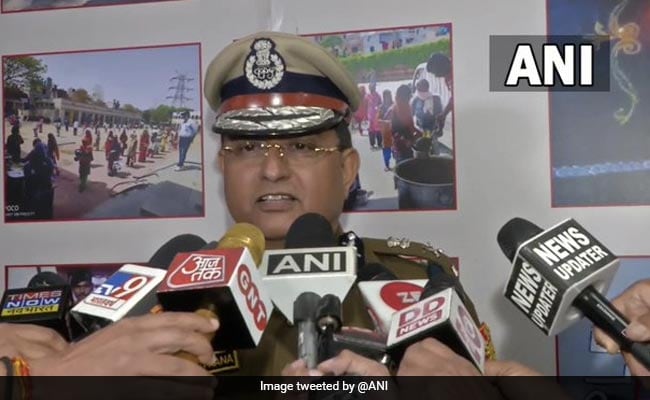 Delhi Police chief Rakesh Asthana said the design and component of the explosives were same.

The Delhi Police investigating the recoveries of IEDs in Ghazipur and Old Seemapuri has found that the design and component of the explosives were same and that a stolen motorcycle was parked near both the spots.

Investigators believe that the same culprits were behind planting the IEDs within a month of each other. The sketches of two suspects have been prepared, a senior police officer said, adding that efforts are being made to nab them at the earliest.

The IEDs found in an Old Seemapuri house on Thursday and in the Ghazipur flower market on January 17 were prepared with the intention of carrying out blasts at public places across the city, Delhi Police Commissioner Rakesh Asthana had said on Friday.

Such activities are not possible without local support, he had added.

The investigation revealed that both IEDs were made with a mix of ammonium nitrate and RDX, the senior police officer said. Both explosives were defused in a controlled manner and no one was injured.

In a CCTV footage collected from near the Ghazipur spot, a black Hero Splendor motorcycle was seen parked nearby.

And after the IED recovery in Old Seemapuri, the police recovered a similar bike from near Dilshad Garden Metro Station. It was found to be stolen and investigators believe it is the same motorcycle seen in the CCTV footage collected from the Ghazipur spot.

The improvised explosive device (IED) recovered from the Old Seemapuri house, weighing 2.5 to 3 kg, was defused and the house owner and a property dealer were questioned in this connection.

The recovery of the IED at the Ghazipur flower market came ahead of Republic Day celebrations on January 26 for which the security apparatus in the national capital was on high alert.

Delhi Police chief Asthana earlier said the Special Cell and other teams were investigating the case. The investigators are probing forward and backward linkages. “We are trying to pre-empt every such incident in Delhi and expose any local and foreign network,” he added.

Officials from the National Investigation Agency and the Uttar Pradesh Anti-Terrorist Squad had on Friday visited the scene of crime in Old Seemapuri as multiple agencies have been working on the case.