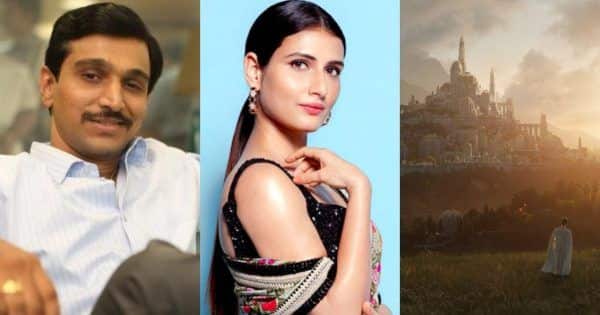 Pratik Gandhi, Fatima Sana Shaikh, Sayani Gupta, Maanvi Gagroo, Kirti Kulhari, Bani J, Ranbir Kapoor and others are among the top newsmakers of today from OTT. If you have had a busy day and want to know what happened in the world of entertainment, you are at the right place. Pratik Gandhi-Fatima Sana Shaikh to star in desi Modern Love, Lord of the Rings web series title revealed, Kirti Kulhari shares interesting update about Four More Shots Please Season 3 and other such stories are a part of our trending OTT news. So read on to know more about our OTT newsmakers of the day. Also Read – Nagarjuna describes Alia Bhatt as a ‘patakha’, Prabhas a ‘warrior’; reveals he was skeptical about his Brahmastra cameo

The makers of Lord of the Rings series revealed its full title in a new video on Wednesday. It’s called The Lord of the Rings: The Rings of Power. It will debut on Prime Video on September 2, 2022, post which new episodes will drop weekly. Also Read – Lord of the Rings OTT series gets a title – watch announcement video

Sayani Gupta, Maanvi Gagroo, Kirti Kulhari and Bani J starrer Four More Shots Please Season 3 is all set for its third season. In an interview with Mid-Day, Kirti Kulhari revealed that actors will head to Europe sometime in April to shoot its last schedule.

Nagarjuna‘s Bangarraju received a good response at the box office. According to reports, it will not be streaming on Zee5 any time after Jan 26.

Ranbir Kapoor, Vaani Kapoor and Sanjay Dutt starrer Shamshera was scheduled to release on March 18 March this year. Now, according to some reports, the film might be releasing directly on OTT. In an interview with India Today, director Karan Malhotra when asked about its release, said that it is his producer Aditya Chopra‘s decision. So there is no official word yet about the film releasing on OTT.