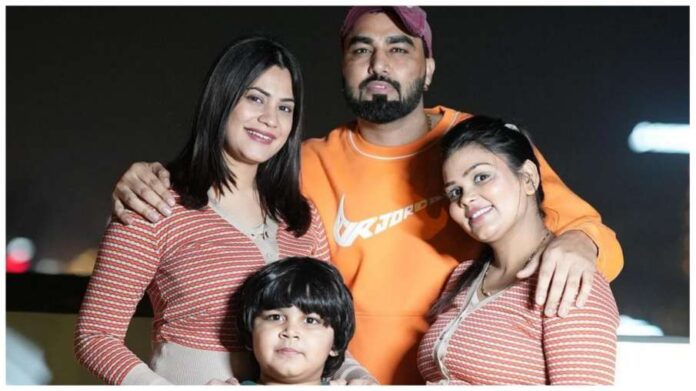 Famous YouTuber Armaan Malik is suddenly in headlines for a few days. Recently, Armaan Malik gave the good news by sharing pictures of his two wives Payal Malik and Kritika Malik flaunting baby bumps on Instagram. People also trolled him a lot. Armaan had captioned the pictures, “My family”, meanwhile a video of Payal Malik and Kritika Malik is going viral, in which they have told that we have struggled a lot to become parents.

Please tell that Payal Malik and Kritika Malik have told about pregnancy in their old vlogs. Anyone’s eyes will become moist after listening to his words. Kritika told in this video that she has miscarried three times. In which there was severe pain twice, even after which she had to face more difficulties in conceiving pregnancy, but even after this accident twice, she miscarried due to weak ovaries. Kritika was married in 2018. She became pregnant in 2019, but after 4 months her water bag got leaked. After 2019, she had a miscarriage in 2021 as well. She became pregnant for the third time in February 2022 as well, but she miscarried at that time too.

Payal also did not get success in pregnancy for the first time. While narrating her incident, Payal had told that she got pregnant for the first time in 2011, but miscarried in two and a half months. During the cleaning of the miscarriage, the doctor accidentally left something in the fallopian tube, then it was taken out. The doctor had said that it is not easy to become a mother, now she felt that she would not be able to become a mother again. With much difficulty, the couple gave birth to a son in 2016. Please tell Kritika is going to be a mother for the first time, but Payal for the second time. Malik married Payal in 2011. In 2018, Armaan married Kritika, who was his first wife’s best friend. Since then this four-member family is living together. Payal and Kritika are often seen together in pictures as well.