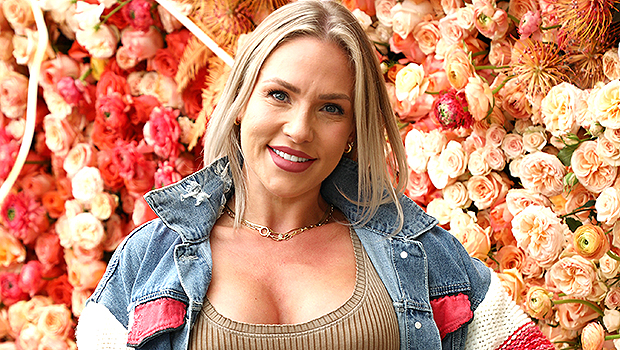 The ‘Dancing With The Stars’ alum called out someone for leaving a lengthy message on one of her Instagram videos asking for her doctor to confirm what she’s doing to prevent stretch marks.

Sharna Burgess, 36, isn’t messing around! The dancer took to her Instagram Stories to shut down a troll who called her out for her method of preventing stretch marks on Tuesday March 22. Sharna was responding to someone who left a lengthy comment to try to argue with her against rubbing lotion on her baby bump to prevent stretch marks, and she decided to give her sources to those who may want to try it themselves.

Sharna seemed like she was in total disbelief of the comment, and she said that she wouldn’t cater to the troll’s demands. “This is wild. A response like this to a post I shared today. I’m surprised daily of peoples hyper sensitivity and need to be aggressive about it,” she wrote.  “As much as I’d love to I will not be getting either of my [doctors] on here (who both have said it’s mainly genetic btw) you can wait for the next slide where I am gathering many sources of information for you.”

Before she got to the next slide, she also pointed out that the account had no followers and didn’t follow any accounts, and was likely created just to “harass” her, but she easily brushed it off. “Wow. This is so aggressive that I actually laughed,” she wrote. “Super sad for whatever this lost angry soul is.”

While she shared tons of resources for women to learn more about stretch marks, Sharna also said that her post scared the troll off of Instagram. “‘You’re welcome’ to the troll that will no doubt see this but just deleted her fake account,” she wrote, before offering the info in the link to those who may want to read up.

Sharna announced that she’s expecting her first child with Brian Austin Green at the beginning of February. Since the announcement, Sharna has shown that she’s incredibly excited to be a mom. “Pregnancy is wild, and I am loving every second of watching observing and admiring the magic that is happening,” she wrote in an emotional post in early March. “He’s gonna have a whole life, hopefully a beautiful one and I will have brought him into this world. My body is doing things all on its own, making space and getting him what he needs. I get it now, I get that’s it’s a miracle. I get the magic because I feel it. I AM it. HE is it.”