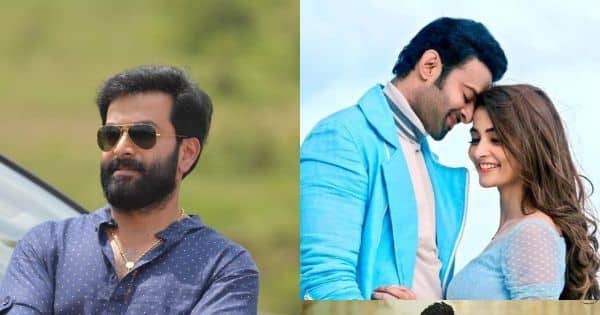 Prithviraj Sukumaran, Prabhas, Pooja Hegde, Anushka Shetty and others are among the top newsmakers of today from South. If you have had a busy day and want to know what happened in the world of entertainment, you are at the right place. Prithviraj Sukumaran joins Prabhas in Salaar, Bhavana, Good news for RRR, Radhe Shyam, Prabhas considers Radhe Shyam risky, Malayalam actress Bhavana speaks about the 2017 sexual assault case, Anushka Shetty wants women to be the best and other such stories are a part of our trending South news. So read on to know more about our South newsmakers of the day. Also Read – Salaar: Prabhas REVEALS Prithviraj Sukumaran is a part of Prashanth Neel directorial; fans can’t keep calm – see Twitter reactions

Anushka Shetty wants women to be the best
On the occasion of Women’s Day, Anushka Shetty took to Instagram and wrote, “Each one of us are unique. Let’s be the best of ourselves — professionally, physical, mentally, emotionally, soulfully. Stop running behind what’s outside…Life is fragile and cherish and grow the person you are within.”