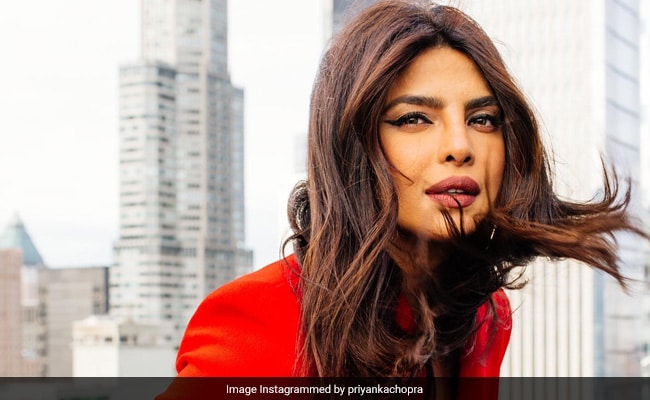 This year Oscars will be hosted by Amy Schumer, Regina Hall and Wanda Sykes. The 94th Academy Awards will be held on March 27 at Hollywood’s Dolby Theatre.

Coming back to Priyanka Chopra, the actress has been busy shooting for multiple projects lately. Recently, she celebrated Holi at her home in Los Angeles with her husband Nick Jonas, family and friends. She even shared some pictures on her Instagram handle and captioned it as, “Do me a favor.. let’s play holi. Sorry. Had to! #holihai”

Here have a look:

Priyanka Chopra and Nick Jonas welcomed their first child in January via surrogacy. The actress neither revealed the name of her daughter nor shared the glimpse. Announcing the merry news, she shared a post that read, ” We areoverjoyed to confirm that we have welcomed a baby via surrogate. We respectfully ask for privacy during this special time as we focus on our family.”

Here have a look:

On the work front, Priyanka Chopra was last seen in Matrix Resurrections, co-starring Keanu Reeves and Jessica Henwick. Next, she will be seen in Citadel, Text For You and Farhan Akhtar’s Jee Le Zaraa, co-starring Katrina Kaif and Alia Bhatt.