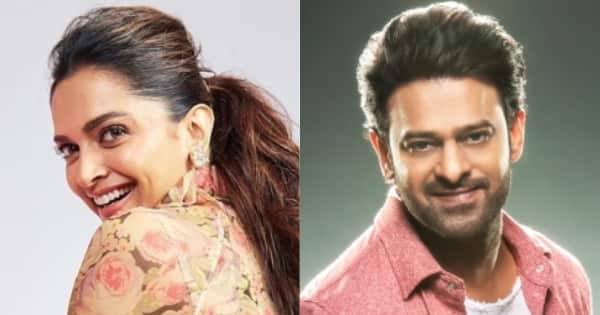 Prabhas is currently enjoying his break after the release of Radhe Shyam which also stars Pooja Hegde. The actor next has Project K in the pipeline which also features Deepika Padukone and Amitabh Bachchan. Project K is being directed by Nag Ashwin and is a big-budget science fiction film. The Prabhas and Deepika Padukone starrer film is not being shot in one go. Yes, you read that right. The film Project K may take some time for release because of the schedule. A report recently opened up on why the film is being delayed. Also Read – Amitabh Bachchan makes shocking confession, ‘Tired of working for others’; worried fans react

It is said that Prahas, Deepika Padukone and Amitabh Bachchan starrer film have completed the first few schedules as well. A report in Tollywood.net said revealed the real reason why Prabhas and Deepika Padukone starrer film is being delayed. Tollywood.net quoted a source saying that film cannot be shot in one go because of the genre. “The makers of Project K cannot shoot the entire film at a stretch. They have to film just for 7-8 days every month. As it is a science fiction drama that involves gadgets and property that takes a lot of time to get made. So every month after getting the set and the property ready, the makers start the shoot,” the report quoted a source. Also Read – The Kashmir Files box office collection: Vivek Agnihotri film beats Sooryavanshi, Gangubai Kathiawadi, pre-Covid releases in Tuesday numbers

Deepika Padukone, on the other hand, has Pathaan with Shah Rukh Khan and John Abraham. She also has Fighter with Hrithik Roshan that id being directed by Siddharth Anand. She will also be seen in The Intern with Amitabh Bachchan.