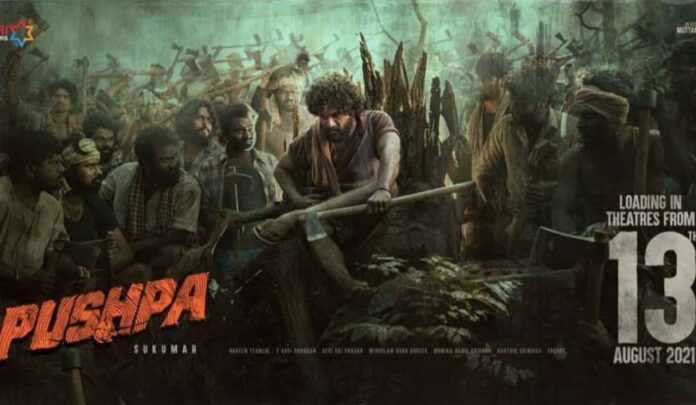 Tollywood superstar Allu Arjun’s film Pushpa entertained people a lot last year. Reels were made on the songs and dialogues of the film and till now the intoxication of this film has not descended from the heads of the audience. After this the makers announced the second part of the film and these days the team is busy preparing to bring ‘Pushpa 2’. The shooting of the film has also started. Meanwhile, there is news that South’s Ram Charan can be seen in the film. After knowing which the fans of Allu Arjun and Ram Charan are very happy. Allu Arjun’s film ‘Pushpa’ rocked the box office last year.

Makers have now started preparations for the film ‘Pushpa 2’. Allu Arjun will start shooting for ‘Pushpa 2’ from December 12. ‘Pushpa’ director Sukumar is busy making the second part of the film ‘Pushpa 2’. There are reports in the media that entry of big actors will be made in this film to entertain the people. According to media reports, Sukumar will make a cameo for superstar Ram Charan in the film. Since this news, there is a wave of happiness among the fans. However, this news has not been officially informed by the makers or the team of the film.

Ram Charan has worked with film director Sukumar in his previous film ‘Rangasthalam’. Ram Charan played the lead role in this film. The film proved to be a blockbuster at the box office. Now the fans are eagerly waiting for the film to wrap up and release in theatres.

In ‘Pushpa 2’, actress Rashmika Mandanna will be seen in an important role along with superstar Allu Arjun. If Ram Charan will work in this film, then his cameo role will be seen by the audience. The film may be released in theaters next year in 2024.

Dilip Kumar 100th Birthday: Didn’t see a single film till the age of 14, wanted to become a football player, became an acting emperor