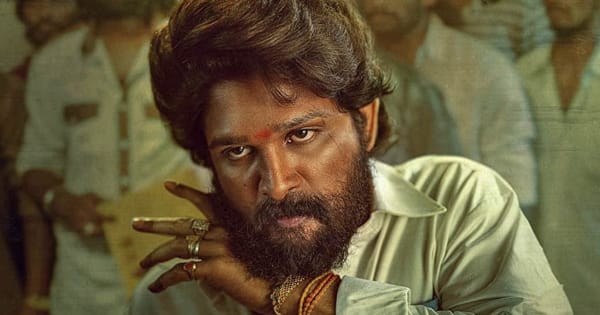 With the super success of Pushpa: The Rise, Allu Arjun has established himself to be one of the most loved and bankable stars of the South film industry. His fandom has now spread across the globe and he has emerged as one of the biggest stars of recent times. Everything about him is now under the scanner. Well, with such stardom coming his way, it seems that some of his well-wishers consulted top astrologers to know about his future. The well-wishers reportedly asked well-wishers about Allu Arjun’s future projects. Also Read – Virat Kohli does Allu Arjun’s hook step from Pushpa song Srivalli and slays on the cricket field – Watch

As reported by Gulte.com, insiders stated that the astrologers have predicted that Allu Arjun has entered the best and top-notch phase of his life. Especially, career wise he is at the top. However, to maintain the same, the actor has been asked to carry out a special puja and homam (havan). He has been asked to do so in order to avoid any hurdle coming his way while he climbs the ladder of success as an actor and creative artist. A source also informed the portal that the actor and his family is going to carry out to puja at his farmhouse. Post this, he is expected to begin the prep on Pushpa 2 along with Sukumar and Devi Sri Prasad. Also Read – Himesh Reshammiya’s protege Ranu Mondal fails to get Allu Arjun’s Srivalli hookstep right – watch video

Pushpa: The Rise also starred Rashmika Mandanna in leading role. The film managed to break several records at the box office. Even internationally, the film managed to do phenomenally well. In times of pandemic, Allu Arjun’s Pushpa became one of the biggest blockbusters of all times. Meanwhile, the Hindi version of his film Ala Vaikunthapurramuloo is going to release soon. Also Read – Trending Entertainment News Today: Asim Riaz to play Salman Khan’s younger brother; Mrunal Thakur REVEALS getting suicidal thoughts and more