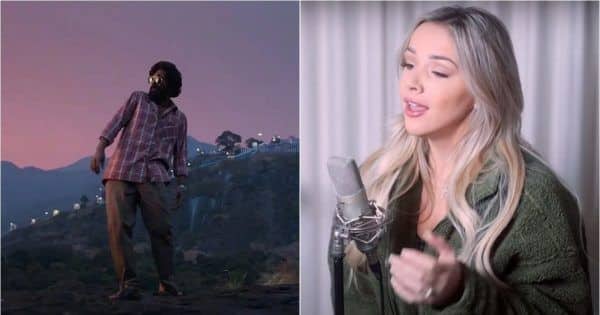 The video was recently posted by Emma on Instagram and within no time it went viral on the internet. The singer is known for giving an English twist to Indian songs. Before Srivalli, she has tried her skills at songs such as Bijlee Bijlee by Harrdy Sandhu and Raatan Lambiyaan and Ranjha from Shershaah. Also Read – Pushpa star Allu Arjun’s daughter catches on viral Kacha Badam trend and it’s THE BEST reel we have seen so far – watch

Her version of Srivalli instantly connected with the Indian audience and they couldn’t help but shower praises upon her. She not only gave an English twist to Srivalli but also sang the chorus in Telugu. Many people even requested her to try her hands at Oo Antava song which has also become a rage on social media platforms. Also Read – Ravi Teja, Nani, Vijay Deverakonda and more Telugu stars who have set the screens on fire with their kissing scenes

Recently, Allu Arjun praised singer Sid Sriram who has crooned the Srivalli song for Pushpa. “Wanted to write this at leisure. My brother Sid Sriram Garu was singing ‘Srivalli’ on stage at the pre-release event. He started singing without music and I was waiting for the musical instruments to start slowly supporting his vocals. But they didn’t. And he kept singing without any music. I was blown away. It was sounding so magical I thought in my head … ‘He doesn’t need music. HE IS MUSIC,” Allu Arjun tweeted. Overwhelmed by the heartfelt praise, Sriram said, “Brother, I am beyond humbled. So much love! You are a legend and these words mean the world to me.”