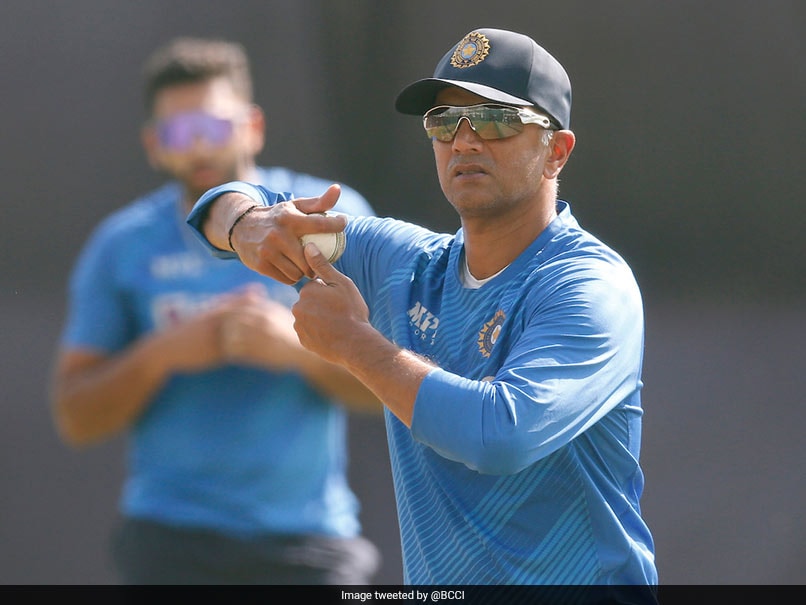 Rahul Dravid bowls in the nets during a training session.© Twitter

Anil Kumble scripted history 23 years ago on February 7, 1999, becoming the first Indian and only second cricketer ever to register all 10 wickets in an innings. Kumble cruised past Pakistan’s batting order in the second innings of the second Test match at the Feroz Shah Kotla Stadium (now renamed as Arun Jaitley Stadium) in New Delhi. Although Kumble retired more than a decade ago, fans still remembered his astounding achievement and lauded him on Twitter on Monday. The BCCI also took to the social media, showing India head coach Rahul Dravid practicing some deliveries in the nets and captioned it as, “Celebrating the 23rd anniversary of @anilkumble1074’s 10-74”.

Here are the photos:

Only three cricketers have been able to achieve this ridiculous feat in cricket history; Jim Laker, Kumble and Ajaz Patel.

England’s Laker was the first to take wickets in an innings, by doing so against Australia in 1956.

After Kumble, Ajaz did the same last year, when he took all 10 wickets in an innings vs India in Mumbai.

Also, all three bowlers who have achieved this feat are spinners.

In that match in 1999, Pakistan were chasing 420 to win the game. Openers Shahid Afridi and Saeed Anwar gave the visitors a fantastic start. They were in a good position but Kumble had other plans. He ended the opening partnership of 101 in the 25th over by taking the wicket of Afridi.

In the next delivery, he dismissed Ijaz Ahmed for a golden duck.

After a few overs, the legendary spinner also sent Inzamam-ul-Haq and Mohammad Yousuf back to the pavilion in a space of two deliveries. These two wickets changed the outcome of the match and the tide slowly turned towards India’s side, who went on to win the match and draw the series 1-1.