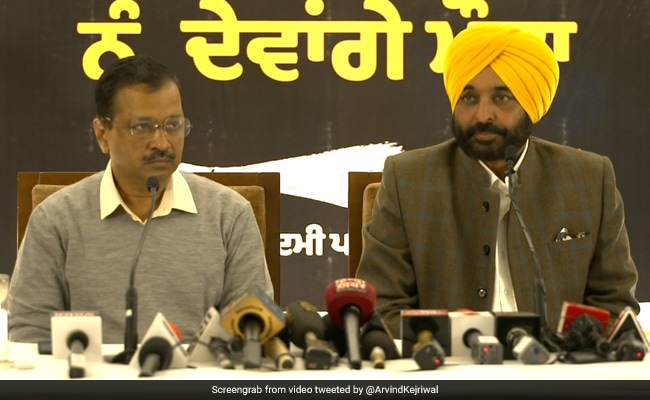 Voting for 117 assembly seats in the state will be held in a single phase on February 20.

Rahul Gandhi calls me a terrorist, claimed Aam Aadmi Party chief Arvind Kejriwal at an election rally in Punjab’s Mohali. “He will get to know on February 20,” he added. Voting for 117 assembly seats in the state will be held in a single phase on February 20. Mr Kejriwal accused the ruling Congress of terrorising businessmen and even common people. “If a journalist asks them who they’ll vote for, they are scared to even say the truth,” he said.

Congress leader Rahul Gandhi had attacked Arvind Kejriwal on Tuesday, seemingly accusing the rival of being soft on terrorists and untrustworthy on national security.

“The sitting Mayor of Amritsar has joined AAP today, this will strengthen our party further,” the AAP boss said while making his election pitch, and added that steps will be taken to fulfil the people’s demand of making Amritsar a “world icon city”.