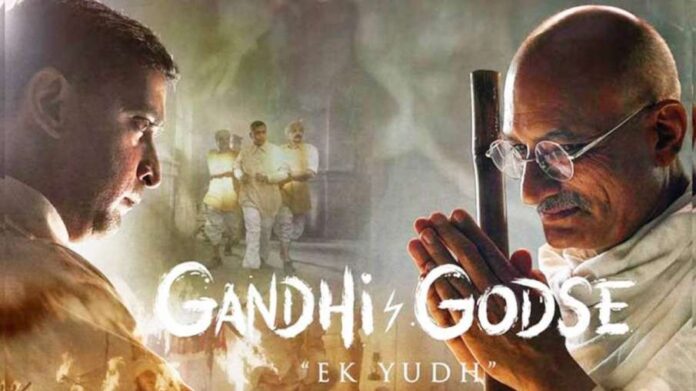 Gandhi Godse – One War controversy: This time for the Hindi film industry is such that there is a ruckus on every film. Where in the past there were reports of protest against Shahrukh Khan’s ‘Pathan’, now Rajkumar Santoshi’s film ‘Gandhi Godse: Ek Yuddh’ is being opposed a lot. Not only this, it has reached such an extent that now Rajkumar Santoshi has received death threats. After which he has demanded protection from the police.

So let’s tell about which scenes and dialogues of the film people are opposing it.

Oscars 2023 Nominations: These 4 Indian films including Rajamouli’s RRR are in the race, know about them here

This is the demand of the protestors

Rajkumar Santoshi has also told the reason for the protest in the letter written to the security, he told that he was threatened after this uproar. It was also told that he should stop the release and promotion of his film, otherwise the consequences would be bad. The director says he is scared.

Chinmay Mandlekar plays Nathuram Godse in the film, Deepak Antani plays the role of the Father of the Nation, Mahatma Gandhi. The director of the film is Rajkumar Santoshi. ‘Gandhi Godse: Ek Yudh’ is slated to release on January 26.

Bholaa Second Teaser: Ajay Devgan seen with trishul in hand and ghost on forehead, will defeat 100 devils in fierce form