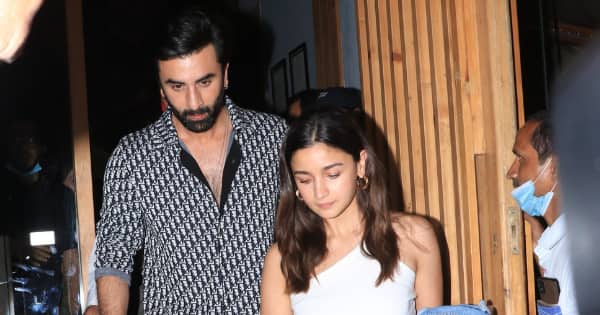 Brahmastra stars Alia Bhatt and Ranbir Kapoor were snapped after a dinner date at a restaurant. Ranbir was seen being a protective boyfriend to Alia. Check out the video below…

Ranbir Kapoor and Alia Bhatt enjoyed a quiet dinner date in the city last night. The two lovebirds were snapped leaving a restaurant late last night and Ranbir’s gesture towards Alia is winning hearts. The Shamshera actor had a protective arm around Alia as they left the restaurant. Alia Bhatt and Ranbir Kapoor may not have openly confessed to their feelings, but Alia’s social media and their spottings at events together and dates have ascertained them for us. Alia and Ranbir will be next seen in Brahasmtra which is helmed by Ayan Mukerji. The film is scheduled to release in September. Also Read – Deepika Padukone, Kangana Ranaut, Alia Bhatt and more: 7 Bollywood actresses and their pay per film will blow your mind