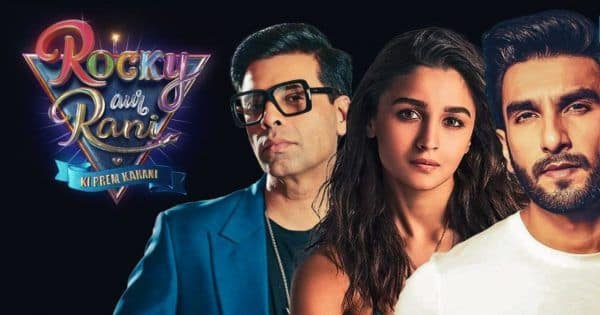 Ranveer Singh was over the moon, even more so that he usually is, when he bagged Karan Johar’s next directorial titled Rocky Aur Rani Ki Prem Kahani. Besides an ensemble cast to die for, which includes Alia Bhatt, Dharmendra, Jaya Bachchan and Shabana Azmi besides Ranveer, the movie also marks Karan Johar’s return to the Director’s chair after a massive hiatus of six years – his last outing being 2016’s hit romantic film, Ae Dil Hai Mushkil. It goes without saying that Rocky Aur Rani Ki Prem Kahani is one of 2022’s most eagerly awaited Bollywood movies. Also Read – 83 box office: Kabir Khan holds ‘unprofessional’ film trade analysts accountable for misreporting collection

Moreover, Ranveer Singh’s last release, the Kabir Khan directorial, 83, may have received glowing reviews form critics, coupled with amazing word-of-mouth from those who did watch it in theatres, but, unfortunately, it’ll go down as one of those gems that simply did not click at the box office due to a variety of factors, which simply didn’t work in the film’s favour, but will also no doubt be destined to end up a cult-classic in future a la Swades, Andaz Apna Apna or Jaane Bhi Do Yaaro. So, all eyes are now on Rocky Aur Rani Ki Prem Kahani. Also Read – Jee Le Zaraa: Vicky Kaushal to romance his real life wife Katrina Kaif in Farhan Akhtar’s film?

In an exclusive interview with BollywoodLife, Ranveer Singh opened up about the subject and treatment of the film, where he said, “Rocky Aur Rani Ki Prem Kahani is a quintessential Karan Johar movie, it’s vintage Karan Johar, everything that you love about his films – the songs, the glamour, the good-looking leads, the family, the family dynamics, the pulpy drama, the humour, the romance, it’s all packed in there; every trope you’ve seen in Karan Johar movies, his brand of cinema and have loved – all there. It’s been eons since a film like this has come, and now to do it with a man who invented this genre of ‘all about loving your family’ – it’s going to be his quirkiest, zaniest film, and it’s shaped up so well, we’re about 60% through with it. The movie is going to be amazing.” Also Read – Shah Rukh Khan, Salman Khan, Sonu Nigam and more: Bollywood celebs who received death threats

Before Rocky Aur Rani Ki Prem Kahani, Ranveer Singh will next be seen on the big screen in Director Rohit Shetty’s, Cirkus, which sees the blockbuster filmmaker return to the out-an-out comedy zone for the first time since Bol Bachchan back in 2012 (Chennai Express was a rom-com while Golmaal Again fell under the horror-comedy sub-genre).