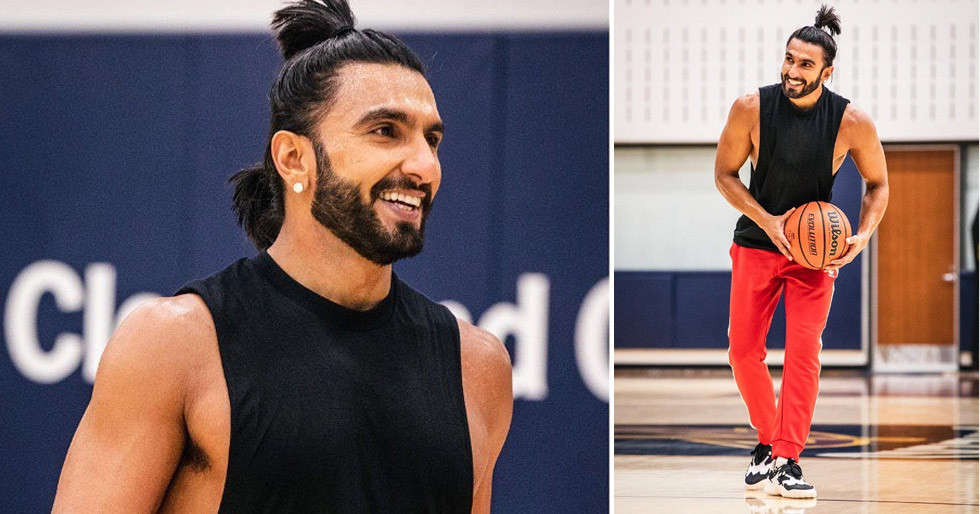 Ranveer Singh recently represented India at the NBA All-Star Game in Cleveland. He was joined by several other celebrities like Machine Gun Kelly, Matt James, Jimmie Allen and more.

The actor had earlier revealed during an Instagram live session that he along with his several friends will be heading to Cleveland to play the NBA All-Star game. A fan of Ranveer shared two videos of the actor from the game and wrote, “Ranveer Singh dhamakedar entry at NBA All Star Weekend Games 2022. Anchor praising Ranveer during the match.”

In the first clip, the host introduces Ranveer Singh to the audience and says,  “Brand ambassador for India, this Bollywood star has over 38 million Instagram followers. Number 69 Ranveer Singh.” In the other video the host points towards the crowd that was cheering for Ranveer and said, “You hear the crowd, that’s for Ranveer Singh. He has 38.4 million followers on Instagram. That is like rock star standard.” The other host then says, “It is crazy. I haven’t seen anything like that.”

Ranveer Singh also shared a picture from the game and captioned it as, “Ball is Life.” Earlier during an interview with a leading entertainment portal, the actor had described his love for the game. “I have been following basketball since my childhood and playing keenly since my teens; it is a life-enhancing sport that has developed a righteous sportsman’s spirit within me which has helped me tremendously in my career and personal life as well. It is an absolute honor to participate in the NBA All-Stars Celebrity Game and I am grateful for this opportunity, I look forward to living my dream,” he said.

Ranveer last appeared in Kabir Khan’s 83 which is based on the historic win of the Indian Cricket Team in the Cricket World Cup in 1983. The actor essayed the role of former Indian captain Kapil Dev. He is currently filming Rocky Aur Rani Ki Prem Kahani alongside Alia Bhatt and also has Rohit Shetty’s Cirkus in the pipeline.