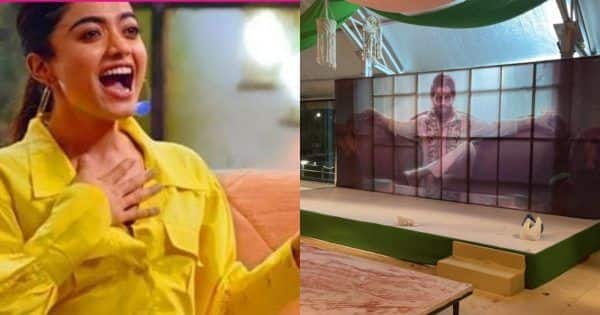 There is no dull moment in the field of entertainment. Like every week, we had an exciting week as far as the south industry is concerned. Rashmika Mandanna, Allu Arjun, Alia Bhatt, Jr NTR and other are a part of our South weekly newsmakers. From Rashmika Mandanna’s wardrobe malfunction to Allu Arjun’s Pushpa becoming the theme of a wedding function to Alia Bhatt in Jr NTR’s next, here’s a look at the south newsmakers of the week. Also Read – From Karishma Tanna to Ranbir Kapoor-Alia Bhatt: Top 5 viral pictures of your favourite celebs trending today

Priyamani slams portrayal of south Indians in Bollywood
Priyamani has spoken about the representation of south Indian characters in Bollywood movies. She had said they were just shown as people who could just speak Hindi with an accent. She said in an interview to Bollwyood Hungama, “They used to portray them as people who used to not speak Hindi in the normal way – ‘Aiyo, kaisa ji, kya bolta ji’- like that.” Also Read – Ranbir Kapoor recreates Alia Bhatt’s signature pose from Gangubai Kathiawadi to promote her film; proves he’s the perfect boyfriend – View Pics

Allu Arjun’s Pushpa becomes the theme of a wedding function

Allu Arjun and Rashmika Mandanna starrer Pushpa: The Rise continues to remain in the news. Now, a Twitter user shared that the film has inspired a wedding fuction. “Happened to visit this place. It’s haldi function tomorrow. And his theme is Pushpa (also it’s North Indian wedding) @alluarjun reach though,” read the users tweet.

This is a photo of mine from a few months back which somebody has photoshopped and created a fake vulgar one. A lot of people have been circulating that including media houses like @AsianetNewsTM , which is just cheap journalism. If you see the fake one please help & report. pic.twitter.com/y9QXDf5HHf

Malavika Mohanan took to Twitter to alert netizens about her fake pic circulating online. She also blasted a media report that carried the said picture without any verification.

Alia Bhatt to star in Jr NTR’s next
Alia Bhatt has come on-board Jr NTR’s next film. She said that she’s looking forward to working with Jr NTR again after RRR.