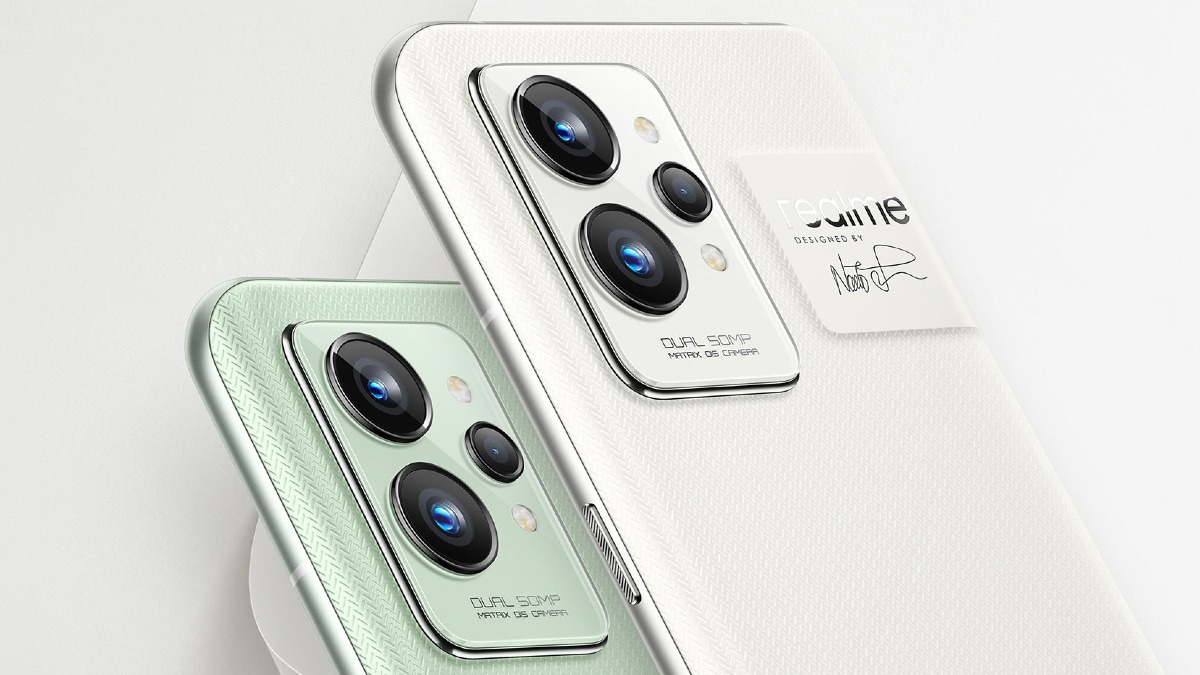 Realme GT 2 series is reportedly making its way to the global market soon. The launch date is yet to be officially confirmed by the company, but as per a fresh leak, the latest lineup comprising Realme GT 2 and Realme GT 2 Pro ​will make its global debut next month at the Mobile World Congress or MCW 2022. The handsets were unveiled in China in January and Realme GT 2 Pro also recently appeared on the Bureau of Indian Standards (BIS) website as well as Google Play Console and Play Supported Devices lists, hinting at their imminent global launch. Realme GT 2 is equipped with a Snapdragon 888 SoC and Realme GT 2 Pro features Qualcomm’s latest Snapdragon 8 Gen 1 SoC under the hood.

Tipster Sudhanshu Ambhore (@Sudhanshu1414) on Twitter posted a leaked promotional image of the Realme GT 2 series to suggest the imminent global launch of the handsets. The tipster claimed that the new Realme GT 2 and Realme GT 2 Pro smartphones would make their way to the global market in March at Mobile World Congress (MWC) 2022 in Barcelona.

Realme hasn’t officially revealed any information regarding the India launch date of the smartphone yet. Realme Vice President Madhav Sheth recently indicated the coming India debut of Realme GT 2 series during an ‘ask me anything’ (AMA) session.

Additionally, the India and global variants of Realme GT 2 appeared on Google Play Console last month. Realme GT 2 Pro purportedly received certification from the Bureau of Indian Standards (BIS) as well. Past leaks suggest that Realme GT 2 could be launched in Black, Green, and White colourways in the country.