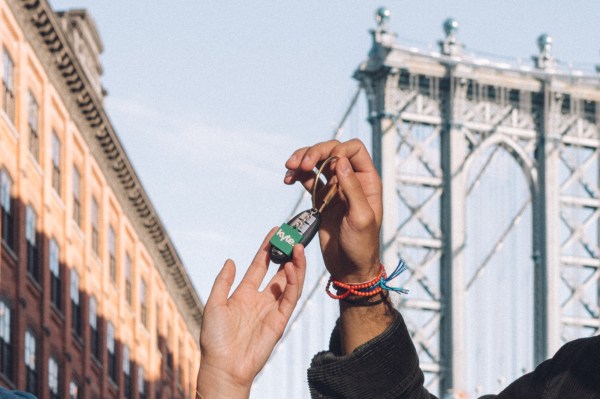 Kyte, the startup that delivers rental cars to customers’ doors, has raised $200 million in asset-backed credit financing from Goldman Sachs and Ares Global Management, money the company will use to pay for new vehicles that will fuel its expansion.

Kyte, which is currently in 13 U.S. markets and will launch in Portland, Oregon this week, plans to grow its fleet to around 10,000 vehicles in the next year, according to the company. While electric vehicles and vehicles with advanced driver assistance systems (ADAS) don’t make up much, if any, of Kyte’s current fleet, the company wants to prioritize those offerings for its customers in the future.

“The core driver for us is always the user experience,” Ludwig Schoenack, co-founder of Kyte, told TechCrunch via email. “ADAS features and ultimately full autonomous driving will bring massive changes to the way we move on our roads…and it’s going to make Kyte a premier option to move around outside of cities because cars that are loaded up with sensing and perception technology are going to be too expensive to have them sit idle most of the time. Instead we believe fleets will deploy them. That’s the future Kyte is building towards.”

Last October, Kyte raised a $30 million Series A, at which time the company said its long-term goal was to build platforms that can deliver vehicles via teleoperation or autonomous systems. First, it would need to expand its current model – which relies on “Kyte Surfers” or driver partners that drop off vehicles and pick them back up after the trip, often using micromobility to get around in-between trips – to drive unit economics and prove a use case before getting into the cool new tech.

Kyte previously told TechCrunch it would begin testing teleoperated delivery of its rental vehicles in 2022, a goal that now seems far-reaching as the on-demand car rental startup hasn’t quite settled on any teleoperations providers to integrate with. Kyte is “in conversations” with multiple providers, according to Schoenack, but says none of the current players have a road-ready solution for mass deployment.

Kyte did not respond in time to explain why “a road-ready solution for mass deployment” is necessary to run a test pilot.

The company also did not specify which manufacturers it hopes to source vehicles from in the near future, and whether any of its new vehicles would include automated driving features or even be electric.

A quick perusal of the company’s website shows Nissan Versas, Toyota Corollas and Hyundai Tuscons in every market. Prices differ depending on the day of the week one rents the vehicles and for how long. For example, the Versa could set you back $62, excluding insurance, delivery and tax, for a one-day mid-week rental, but that would go up to $72 if you rented the car on a weekend. As one would expect, the daily price also decreases if you rent a vehicle for longer periods of time.