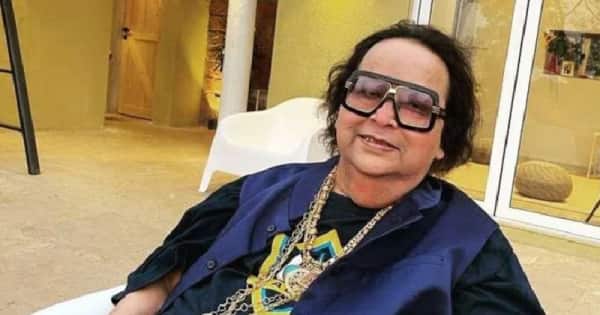 Legendary singer Bappi Lahiri breathed his last on February 15, 2022 in a hospital in Mumbai. He passed away at the age of 69. The news of his demise shook everyone. His mortal remains have been kept at his home in Mumbai and family is waiting for his son Bappa to arrive from LA for the funeral. As tributes are pouring in from all corners, old interviews of the legendary singer are also resurfacing on the web. In one of the old interviews, Bappi Da had spoken about how international stars copy his style. Also Read – RIP Bappi Lahiri: Singer Abhijeet Bhattacharya pays heartfelt tribute to Bappida’s legacy; says, ‘His music turned even 60-70+ into youngsters’ [EXCLUSIVE]

In an old interview with Hindustan Times, Bappi Da had called himself the ‘Amitabh Bachchan of the music industry’. He has revealed of how he has many projects and shows lined up. The King of Pop also shared how audiences loved his concerts. When asked about competition from International stars, he mentioned that he does not consider anyone to be a competition to him. But he did state that International stars like Beyonce, Akon, Eminem and others copy his style. Also Read – BTS X Bappi Lahiri: V, Jimin, Jin, Suga, J-Hope, RM, and Jungkook dancing to Pag Ghunghroo Baandh is a perfect tribute to the late Disco King

He was quoted saying, “There is no competition, but there are singers who dress like me. Among women, there’s Beyonce and there’s Shakira and among men, there is 50 Cents, Eminem and definitely, Akon. He sang for the IPL finale, where he was wearing a lot of chains. It’s good, he has style.” Also Read – RIP Bappi Lahiri: A jawan from Indo Tibetan Border Police pays a heartening tribute to the King of Pop – Watch

Bappi Da was one of the most popular names in the Indian Music industry. He has many hit songs like Tamma Tamma, Disco Dancer, Jawani Jaane Maan, Taki O Taki and many more to his credit. May his soul rest in peace.